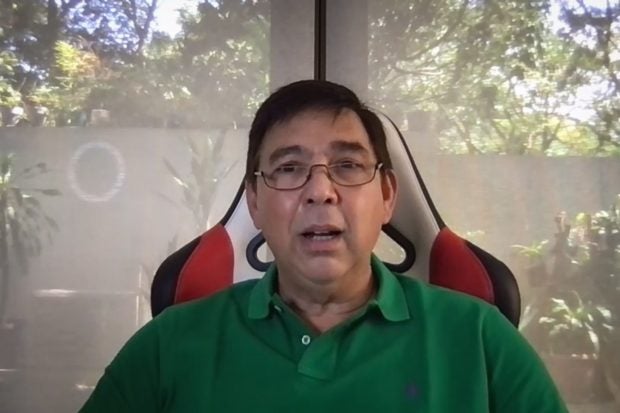 MANILA, Philippines — Senate President Pro Tempore Ralph Recto on Wednesday demanded that the government explain why the controversial motor vehicle inspection system (MVIS) appears to have been “roused from the dead” through a new memorandum circular issued by the Department of Transportation (DOTr).

“It has been put into a coma upon orders of Malacañang. Now it appears that it has mutated into something else,” Recto said of the system that required vehicles to pass inspection by private inspection centers to be considered eligible for registration.

In a statement, the Senate leader cited the DOTr’s Memorandum Circular No. MC-SC-2021-02, dated July 5, that set the guidelines for the Land Transportation Office (LTO) to only accept motor vehicle inspection reports from authorized private inspection centers in designated areas.

Recto said the government must explain to car owners the “specs of this new order from the LTO, whose endorsement of [private inspection centers] seems to border on the mandatory.”

In February, President Duterte ordered the LTO to suspend the MVIS amid complaints from motorists and lawmakers.

“MVIS is no longer mandatory. That means there should be no additional collection of payments when you register your vehicles,” presidential spokesperson Harry Roque Jr. said at the time.

But in March, Malacañang directed the DOTr and LTO to make recommendations on the proposed revised PMVIC (private motor vehicle inspection centers) program.

In the past, vehicles being registered at the LTO only had to go through a smoke emission test and an LTO inspection.

“Our only request to our friends in the LTO and the DOTr is to explain the necessity and the legal basis for why they revived this program,” Recto said in Filipino.

“Specifically, has the revival of the mothballed PMVIC scheme been given a go-signal by the Office of the President?” he said, noting that it was the same office that suspended its implementation.

Recto said LTO should also clearly specify the scope of the inspection and the fees.

He warned that if the new policy was to be mishandled by the DOTr, “it may tarnish whatever legacy the present administration is trying to build in the transportation sector.”

“To its credit, airports, seaports and railways are being built and completed. Why contaminate a nice report card by forcefully ramming a scheme, which as presented, breeds confusion and complications?” he said.