Palace: Stricter restrictions likely to be reimposed due to Delta variant 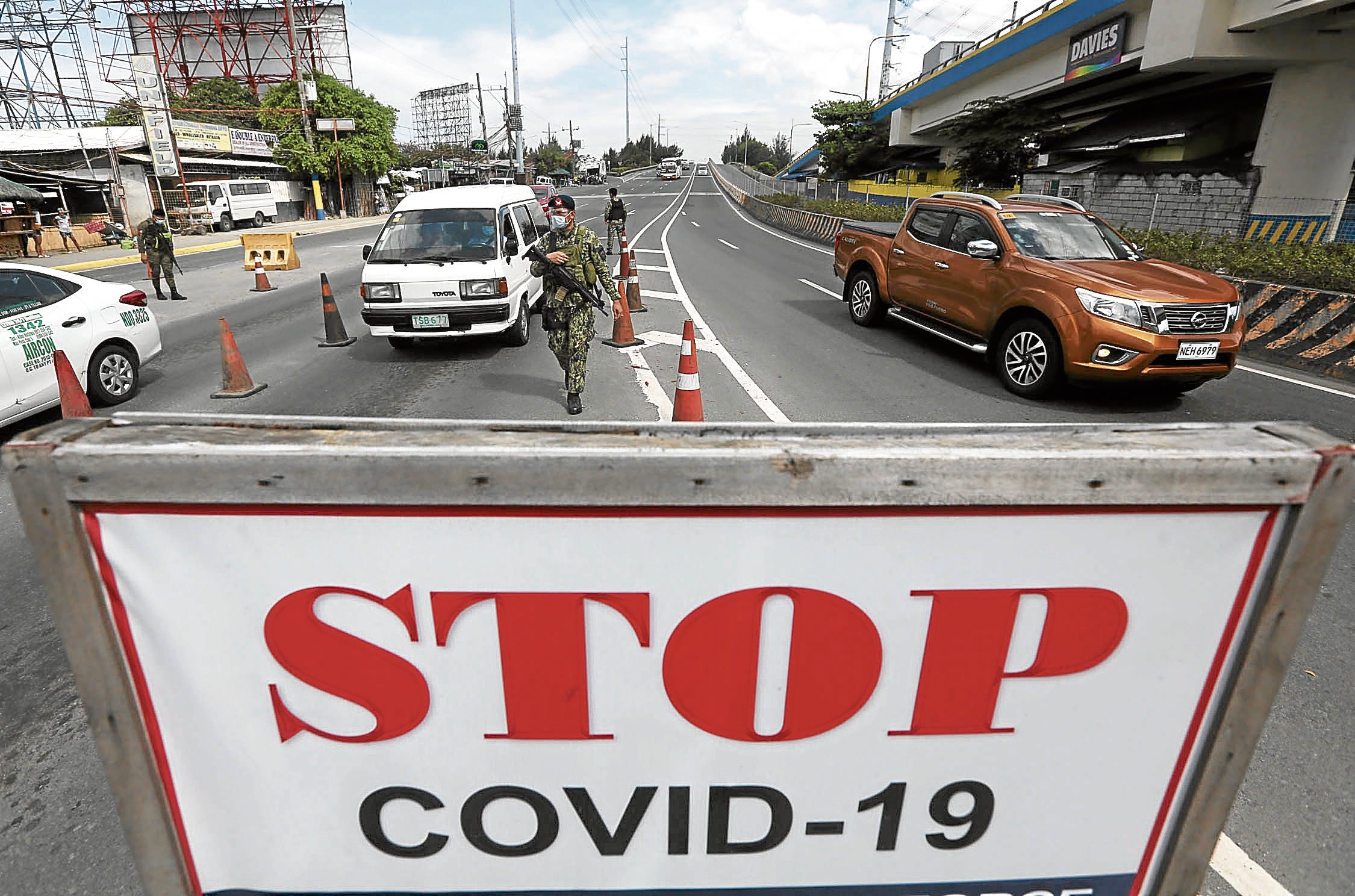 (FILE) In this photo taken on March 22, policemen guard the boundary of Cavite and Metro Manila as the national capital and its nearby provinces are placed under lockdown due to a surge in COVID-19 cases. INQUIRER file photo / MARIANNE BERMUDEZ

MANILA, Philippines — Stricter restrictions are likely to be reimposed as the COVID-19 Delta variant continues to pose a threat to the country, Malacañang said Wednesday.

This echoes President Rodrigo Duterte’s recent pronouncement that stricter restrictions might be needed to prevent transmission of the Delta variant which he said is a “cause for a serious alarm and concern.”

(Science has proven that the Delta variant is more transmissible and deadly that’s why the President said we might, and now it looks like we’ll surely return to some restrictions.)

Roque did not detail the restrictions that may be reimposed. He said the Inter-Agency Task Force (IATF) for the Management of Emerging Infectious Diseases will meet on Thursday to discuss the matter and a decision can be expected within the week.

Also to be discussed during the upcoming IATF meeting is the appeal of Metro Manila mayors to suspend the policy allowing children 5 years old and above in select outdoor areas, said Roque.

The Philippines has so far detected 35 Delta variant cases in the country, 11 of which were said to be “local cases.”