France, Britain beef up patrols, crack down on illegal migration 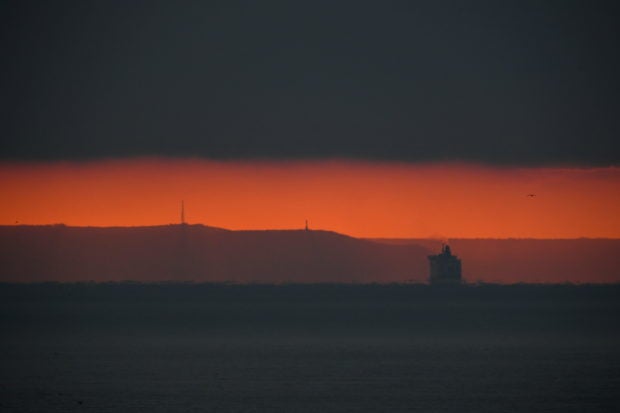 FILE PHOTO: A cross channel ferry is seen in the English Channel with the coast of France seen behind at dawn on the first day following the end of the Brexit transition period, seen from Dover, Britain, January 1, 2021. REUTERS/Toby Melville

PARIS — France and the United Kingdom have agreed to deploy more police and invest in detection technology on the French coast to try to stop boats carrying illegal migrants from reaching British shores, they said in a joint statement on Tuesday.

France will double police numbers on its northern coast, between the cities of Boulogne and Dunkirk and around the port of Dieppe, as well as reinforce air patrols, in a bid to target small boats attempting the dangerous Channel crossing.

Britain will help fund the measures, which also include financing more migrant shelters in France, and invest 62.7 million euros between 2021 and 2022, the countries said following a meeting between French Interior Minister Gerald Darmanin and his British counterpart Priti Patel.

Most of the steps involve measures on the French side to prevent boats from leaving, and France said it had intercepted dinghies carrying a total of more than 7,500 people since last year.

On Monday, at least 430 migrants crossed the Channel to the United Kingdom, including women and young children, a record for a single day, the Home Office said.

At least 8,452 people have now crossed the English Channel in small boats this year, surpassing the total for all of 2020, according to data compiled by the PA news agency as of late Tuesday.

Britain was working on making the country less attractive for asylum seekers and would enforce measures such as sanctions on illegal migration and those who enabled it, the statement said.

France said it was also deploying more police to patrol its borders with Spain and Italy.