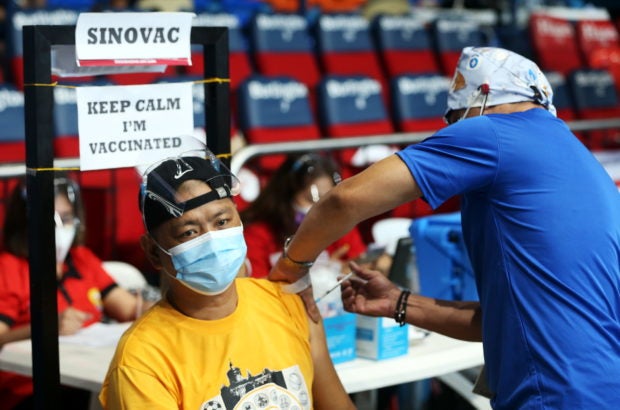 MANILA, Philippines — The Department of Health (DOH) on Saturday gave assurance to the public once more that all COVID-19 vaccines used in the Philippines, including Sinovac, offer protection against severe infections and deaths.

Health Undersecretary Maria Rosario Vergeire said at the Laging Handa briefing that studies already showed the real-world effectiveness of the vaccines used in the Philippines, including Sinovac.

“These have shown that the vaccines used in the country, the most commonly used, have really shown effectiveness against severe infection and hospitalization and death.

So with this kind of evidence, we maintain that the vaccines we are using now would protect us, especially now that there are variants,” she said.

Vergeire made the assurance after she was asked about Malaysia’s decision to stop using Sinovac after supplies ran out because it already had enough supply of other vaccines.

“There is no issue over Sinovac’s efficacy,” said Malaysia’s science minister Khairy Jamaluddin, who clarified that Sinovac and another China-made vaccine, Sinopharm, have been allowed to be sold commercially in Malaysia.

In the Philippines, Vergeire said four other vaccines—those made by Pfizer, AstraZeneca, Moderna and the Russian Gamaleya Institute—were being used for the government’s immunization drive.

Concerns have been raised about the effectiveness of Sinovac against the more infectious variants of COVID-19 after a surge of infections in Indonesia, which had relied heavily on the Chinese-made vaccine.

Thailand, which is also facing a new outbreak of COVID-19 cases, has announced that it would use AstraZeneca as a booster shot for those given the Sinovac vaccine.

Vergeire said the country’s vaccine expert panel had been reviewing the data coming out and, up to now, there was no complete evidence yet to support the provision of booster shots.