Duterte to campaign for PDP-Laban bets; to bring ‘sackloads’ of cash 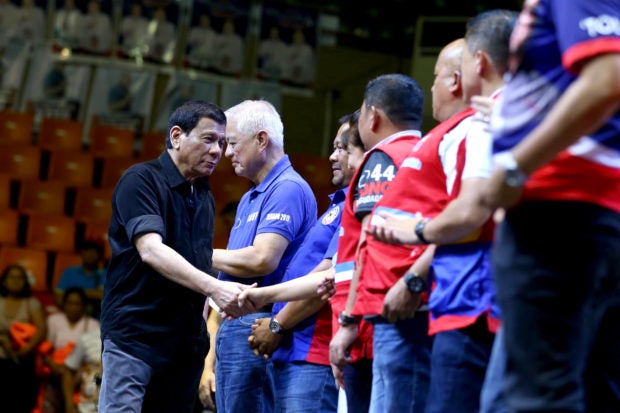 MANILA, Philippines — President Rodrigo Duterte vowed Saturday to bring “sackloads of cash” if possible, to support bets of the ruling Partido Demokratiko Pilipino–Lakas ng Bayan (PDP-Laban) in their campaign for next year’s elections.

Duterte made the remark during PDP-Laban’s national assembly where he also vowed to personally campaign for the party’s candidates seeking various posts in the 2022 national and local elections.

In the same speech, Duterte also teased about running for the vice presidency to get immunity amid threats of charges against him once he steps down his post next year.

This earned him cheers from his party mates, who have been pushing him to run for the vice-presidential post in the 2022 elections.