Duterte says Pimentel made a mistake, Pacquiao ‘only a follower’ 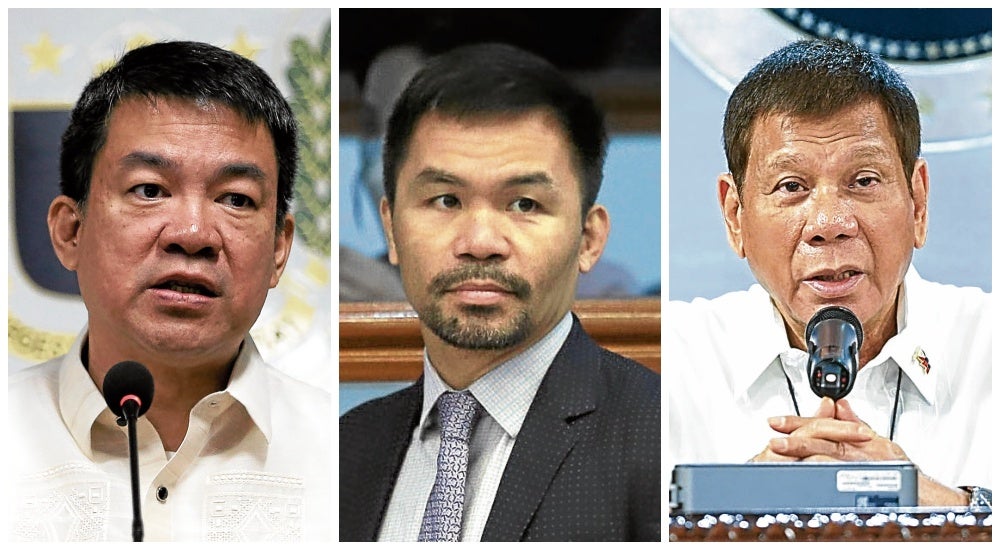 MANILA, Philippines — Following the leadership change in the ruling Partido Demokratiko Pilipino–Lakas ng Bayan (PDP-Laban), President Rodrigo Duterte said it was Senator Koko Pimentel who “made a mistake” and not Senator Manny Pacquiao as the latter was only a follower.

In his speech during the national assembly the PDP-Laban, Duterte hit Pimentel, the party’s executive vice-chairperson, over the latter’s decision to elect Pacquiao as acting president of the party back in December 2020.

By making that decision, Duterte said Pimentel made a mistake, citing the party Constitution. The President likewise took a jab at Pacquiao who he said “doesn’t know anything” and only follows orders.

During the assembly, Pacquiao was replaced by Energy Secretary Alfonso Cusi as party president. The national assembly was held as what appears to be two factions—one with Pacquiao and Pimentel, and the other with Cusi—continue to clash.

But a statement released by Pimentel and the other “original” members of the party said the national assembly organized by Cusi’s group was “illegal” and has no effect as it was not authorized by the members and was not sanctioned by Pacquiao.