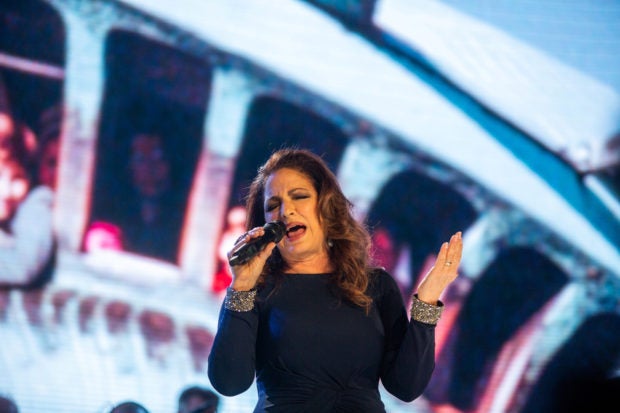 Gloria Estefan performs during the opening celebration of the Statue of Liberty Museum on Liberty Island in New York, U.S., May 15, 2019. REUTERS/Demetrius Freeman

UNITED States — Cuban-born pop star Gloria Estefan on Friday urged the United Nations to condemn the Communist government in Havana for its suppression of mass protests.

Estefan, 63, who left Cuba for the United States with her family when she was two years old, said she hoped the Cuban police and military would throw their support behind the protests.

“I call on the United Nations to condemn the Cuban government and their tactics against their own people, that they’re using violence, that people are disappearing, that they’ve killed people,” the “Turn the Beat Around” singer told Reuters in an interview.

Thousands took to the streets in towns around Cuba last Sunday to protest power outages, a COVID-19 surge, widespread shortages of basic goods and the one-party system.

The protests, the biggest in decades in Cuba petered out this week as security forces were deployed and government supporters mobilized.

“My hopes are that there are enough people in the police and in the military that’s going to start some kind of movement where they don’t repress the people, where they stand up for the people that they’re supposed to protect, instead of the government,” Estefan said.

U.N. human rights chief Michelle Bachelet called on Cuba on Friday to release protesters and journalists arrested at the demonstrations and denounced alleged excessive use of force against some of them.

Estefan, a three time Grammy winner, said she was proud of the young people in Cuba who risked their lives to protest.

“It’s very easy to speak from a position of freedom and comfort. They are doing the difficult work and I applaud them from the bottom of my heart and I thank them for being so brave,” she said.