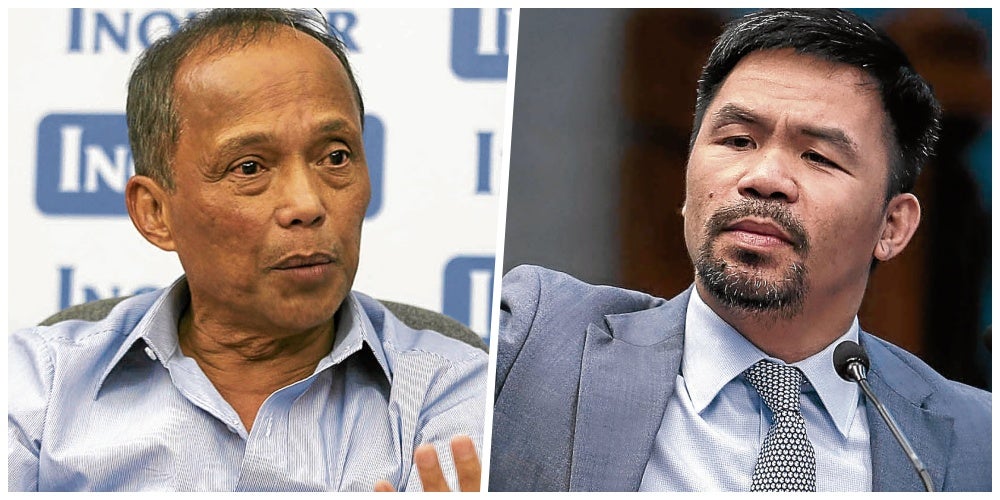 On President Duterte’s orders, the Partido Demokratiko Pilipino-Lakas ng Bayan (PDP-Laban) faction led by Energy Secretary Alfonso Cusi called for a “stop [to] all party hostilities” in a national meeting held on Friday and snubbed by the rival group of Senators Manny Pacquiao and Koko Pimentel.

“I ask all members: Do not divide this party. Do not burn bridges,” said Cusi, the PDP-Laban vice chair earlier expelled by Pacquiao’s faction despite the backing of the party chair, Mr. Duterte.

Cusi issued the appeal even as his group set the stage for the reorganization of PDP-Laban—and the expected ouster of the party president, Pacquiao—during the national assembly scheduled today with Mr. Duterte in attendance.

The group formed an election committee to accept nominations for party officers to be elected on the day they would also deliberate on the candidates to field in the 2022 elections—the source of the conflict between the feuding camps.

Friday’s hybrid online and in-person meeting, attended by 141 out of 159 national council members, was held at a hotel in Clark, Pampanga.

Cusi described the attendance as “a very nice percentage” and in accordance with the party’s quorum rules.

Today’s event, to be held in the same hotel, is the larger-scale national assembly in which all members can take part.

PDP-Laban secretary general Melvin Matibag, who had been expelled by Pacquiao’s faction along with Cusi, also addressed the body. He said the President and party stalwarts Executive Secretary Salvador Medialdea and Sen.

Bong Go had instructed the PDP-Laban leaders to “reach out to all party members for unity.”

But while the Cusi faction sought to project an air of unification, it also dealt blows undermining the Pacquiao camp.
The council approved a motion to relocate the party headquarters from its current base in Pasay City to an unspecified place.

It also reinstated the splinter group led by lawyer Rogelio Garcia, which the Supreme Court declared illegitimate in July 2019. The high court upheld the decision of the Commission on Elections recognizing the group then led by Pimentel as the genuine officers of PDP-Laban.

On Friday morning hours ahead of the meeting, Pacquiao told dzBB radio that Cusi seemed bent on splitting PDP-Laban.

‘My goal is to unify’

“They want the party to split up because they have no affinity to [it]. I don’t want that. My goal is to unify and strengthen the party,” said the boxer-turned-politician, who is in the United States training for an Aug. 21 fight.

Pimentel yielded the presidency of PDP-Laban to Pacquiao in December.

Earlier, the two senators said the July 16 to July 17 meetings called by Cusi would be illegitimate because it was unauthorized by the party president.

Pimentel, the son of the late PDP founder and former Senate President Aquilino Pimentel Jr., had said he would rather not lend credibility to the meetings, arguing that the real PDP-Laban assembly should be held in September, when its president, Pacquiao, could be present.

Last week, Pacquiao’s group announced that it had expelled Cusi and two other officers for disloyalty to the party when they backed the prospective candidacy of an outsider, first daughter and Davao City Mayor Sara Duterte.

Cusi’s group has been pushing Mr. Duterte to run for vice president in the 2022 elections and to choose his running mate.

On Friday, the Cusi faction adopted a resolution voiding the actions taken by Pacquiao.

The resolution was signed by Speaker Lord Allan Velasco, PDP-Laban executive vice president and a close friend of Mayor Duterte.

Cusi said today’s reorganization would be a “defining moment for our party.” He said all current PDP-Laban officers, including Pacquiao and himself, were only holding their positions in a holdover or acting capacity.

“The only objective of this meeting is to advance the interest of PDP-Laban,” he said. “There is no secret agenda, secret candidate. There are no factions in PDP-Laban. We all belong to one united and cohesive PDP-Laban.”

According to Cusi, the party has a “quintessential leader” in Mr. Duterte.

“Let us rally behind him and support his programs for the betterment of our country and our fellowmen,” he said.