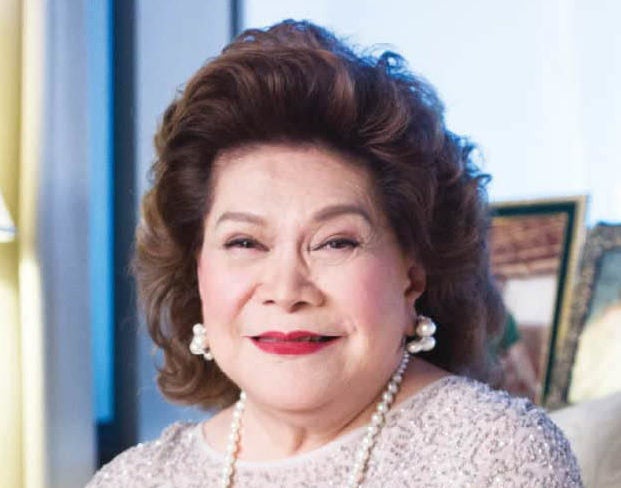 MANILA, Philippines — “Our star is home where she rightfully belongs.”

The Facebook page of Celia Diaz Laurel carried this tribute following the death of the Philippine stage veteran and patroness of the arts on Monday night, July 12, at age 93.

Despite her age, the widow of the former senator and Vice President Salvador “Doy” Laurel remained immersed in her lifelong passions, launching her 10th book, “My Lives Behind the Proscenium,” online on May 29.

In a statement on Tuesday, Malacañang extended its condolences to the Laurels, hailing the matriarch as an “embodiment of the ideals of elegance, grace, compassion and strength.’’

“All the world’s a stage, and one of its actors has made her final exit. Her life’s performance was truly beautiful,” it said.

Celia Diaz was born in Talisay, Negros Occidental, in 1928, the youngest of six born to Anselmo Sison Diaz of the A.S. Diaz Electric Co. and Concepcion Gonzalez Franco. She was only 5 when the family left Talisay for Manila, where she studied at Assumption Convent in Ermita.

Though she could initially speak only Hiligaynon and Spanish, the young Diaz was drawn to the performing arts at Assumption, watching the musical programs put on by alumnae even if the songs were in English.

She went on to study fine arts at the University of the Philippines (UP) where she was discovered by the playwright Wilfrido Ma. Guerrero and began appearing in plays.

It was at UP where Celia met Salvador, then a rising student leader. The two were married in 1950.

Two years later, the couple left for the United States, where she studied drama while he took further law studies at Yale University.

In 1968, Celia Laurel joined the then year-old company Repertory Philippines and subsequently appeared in 47 of 52 plays under the direction of REP’s artistic director, Zeneida Amador.

According to the company’s Facebook page, Laurel did not only act for REP but also directed, designed sets and costumes for over 70 plays.

Beyond the stage, Laurel painted, wrote several books and was an avid supporter of artistic causes. She had, after all, honed her craft under Guerrero, the painter Fernando Amorsolo, and the sculptor Guillermo Tolentino, who all became national artists.

In the 2016 Gawad Buhay Awards, which is considered the Filipino version of the Tonys, she was conferred the Natatanging Gawad for a life lived for theater and arts.

As the wife of one of the leading figures in national politics, she was also known for her engagements in civil society movements, philanthropy and humanitarian causes.

Laurel is survived by her children Suzie, Lynnie, Cocoy, David, Larry and Iwi.

Novena Masses and funeral arrangements will be announced later.