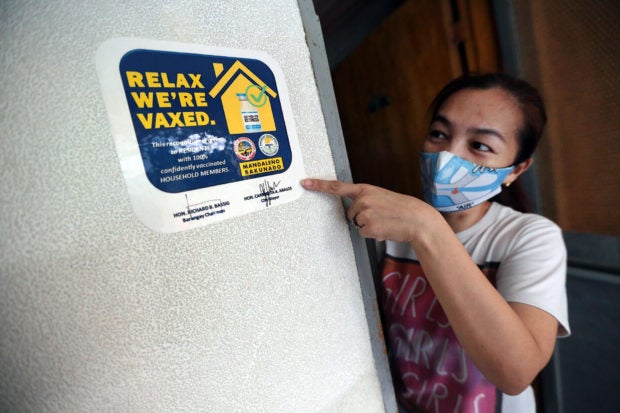 The Philippines would be among the last countries in the region, together with Vietnam and Taiwan, to vaccinate 70 percent of its population and achieve the so-called herd immunity, UK-based think tank Oxford Economics said on Tuesday.

Vaccinated people are protected from getting the disease and passing on the virus, thus inoculating such a big number would break the chain of transmission and stop the further spread of COVID-19.

Oxford Economics projected that it would take up to the middle of next year for the Philippines to inoculate some 78 million people or 70 percent of its population of 111 million.

Achieving herd immunity is necessary to allow the reopening of more economic activities. The longer it takes to achieve this, the longer the delay in economic recovery.

As of July 10, Taiwan and Vietnam had the slowest pace of mass vaccination, while the Philippines ranked third to the last among Asia-Pacific countries in the percentage of the population getting vaccinated.

The government is hoping to fully vaccinate some seven million individuals by the end of the month, according to National Task Force Against COVID-19 chief implementer Secretary Carlito Galvez Jr.

This would be equivalent to only 6.3 percent of the country’s population.

So far, some 3.5 million individuals are considered fully vaccinated after receiving two doses since the government rolled out its mass immunization drive in March.

Galvez said the government was confident of reaching the seven million target this month because it was set to receive a shipment of 3.2 million doses of Johnson & Johnson’s Janssen vaccines.

Requiring only a single jab, administerting the entire Janssen shipment would be equivalent to 3.2 million fully vaccinated people.

Senior citizens and persons with comorbidities would be the priority in the distribution of the single-dose vaccine and each region would be given at least 100,000 doses each, according to Health Undersecretary Myrna Cabotaje.

On Tuesday, however, OCTA Research called on the government to continue to make the National Capital Region (NCR) and eight other areas the priority in its vaccination drive to help the country get through the pandemic faster.

These are Pampanga, Bulacan, Batangas, Cavite, Laguna, Rizal, Metro Cebu and Metro Davao, areas with the most number of COVID-19 cases outside NCR.

“The key to success is to stick to a plan. We have a blueprint, NCR Plus 8. We hope the plan would not be tainted by politics and different influences. If we stick to that plan, the country will move forward,” OCTA’s Ranjit Rye said at the Laging Handa briefing.

This also has to be done urgently given the threat posed by the more contagious Delta variant of the virus, he added.

Meantime, the Department of Health and the World Health Organization (WHO) have signed an agreement on the conduct of clinical trials on COVID-19 vaccines to find the most suitable brand for Filipinos, according to the Department of Science and Technology.

Guevara said that the trials were meant to also find out the most effective vaccine that would provide adequate protection and be easy to administer and manufacture in the country.

The trial would involve four vaccines, but Guevara said she could not name these without approval from the Food and Drug Administration.

The WHO has also provided the final clinical trial protocol, the standard operating procedures and the investigational brochures for the vaccines, she said.

The Philippines has so far been using Sinovac, AstraZeneca, Sputnik V, Pfizer and Moderna vaccines in its immunization drive. It is also set to get Johnson & Johnson vaccines later this month.