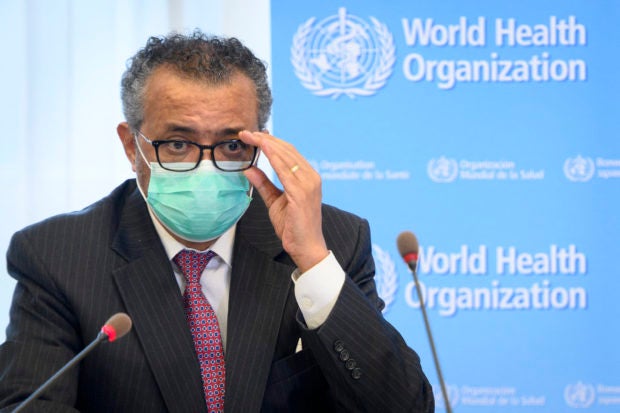 GENEVA — The World Health Organization blasted the senseless “greed” of rich countries considering Covid-19 booster vaccinations while the most vulnerable in other nations were left exposed to the virus.

Striking an increasingly exasperated tone, the WHO said the world would look back on itself with shame if it knowingly chose to leave the world’s weakest at the mercy of the pandemic.

WHO chief Tedros Adhanom Ghebreyesus told a press conference that the question he was most often asked was when the pandemic would end.

“We can end it very soon, because we have the tools now,” he said — but for the lack of decisive global leadership.

Tedros said vaccine nationalism was “prolonging the agony” and there was only “one word that can explain this… it’s greed”.

Rolling out booster doses while the virus rips through other parts of the world was counter-productive, he argued.

Tedros insisted: “It doesn’t even make any sense. It makes no sense.”

‘Look back in shame’

WHO chief scientist Soumya Swaminathan said four countries had announced a booster program and a handful of others were known to be considering the move.

She stressed that there was currently “no scientific evidence to suggest that boosters are definitely needed”.

“Instead of Moderna and Pfizer prioritizing the supply of vaccines as boosters to countries whose populations have relatively high coverage, we need them to go all-out to channel supply to Covax,” he said.

He was referring to the program that is seeking to provide equitable access to doses for the most vulnerable.

WHO emergencies director Michael Ryan said that in a crisis, the most beneficial and life-saving choices had to be made first.

Tedros announced that two more sites making AstraZeneca’s vaccine under license — in Australia and Japan — had now been given the WHO’s emergency use listing green light, adding to the plants in Europe, India and South Korea already churning out AZ doses.

“If AstraZeneca does it, why can’t others?” asked Tedros, urging manufacturers to let other plants produce their jabs.

AstraZeneca jabs have made up the vast majority of doses supplied so far through Covax.

More than 3.35 billion doses of Covid-19 vaccines have been injected in at least 216 territories around the world, according to an AFP count.

In high-income countries, as classified by the World Bank, 86 doses have been injected per 100 inhabitants.

That figure stands at just one dose per 100 in the 29 lowest-income countries.

“The Delta variant is ripping around the world at a scorching pace,” he said, “driving catastrophic waves of cases” in countries with low vaccination rates.

Delta has been found in more than 104 countries and is soon expected to become the dominant Covid-19 strain circulating worldwide, said Tedros.