DOH claims ‘no discrepancy’ in shipment of Pfizer jabs from Covax 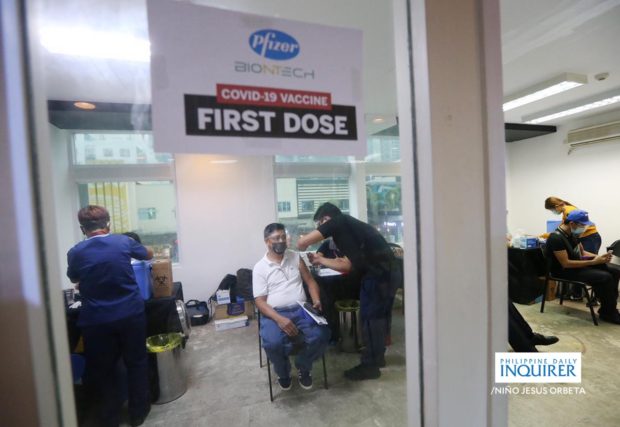 MANILA, Philippines — The Department of Health (DOH) on Monday denied that there was discrepancy in the actual number of COVID-19 vaccine doses from Pfizer that were delivered to the country.

However, according to the website of Gavi, a public-private health initiative  which co-leads the vaccine sharing scheme Covax, the country has already received a total of 2,472,210 Pfizer vaccine doses, making the numbers churned out by NTF short of 2,340 doses.

Vergeire said the supply chain management office that monitors arriving vaccine doses has already issued a clarification on the matter.

“Based on inventories, ‘yung service provider natin reported that there were four trays in a tertiary packaging initially labeled as two trays. So noong binuksan nila, they discovered four trays instead of two,” she told an online media briefing.

“The actual quantity of Pfizer doses that have arrived in the country is 2,472,210,” she added. This is also the figure reported by Gavi.

Some local government units have deferred providing first doses due to limited supply of vaccines. Vergeire said more coronavirus shots are arriving in the coming weeks.

The country is expecting to receive a total of 13 million COVID-19 vaccine doses in July.