P136K worth of ‘shabu seized in Zambales 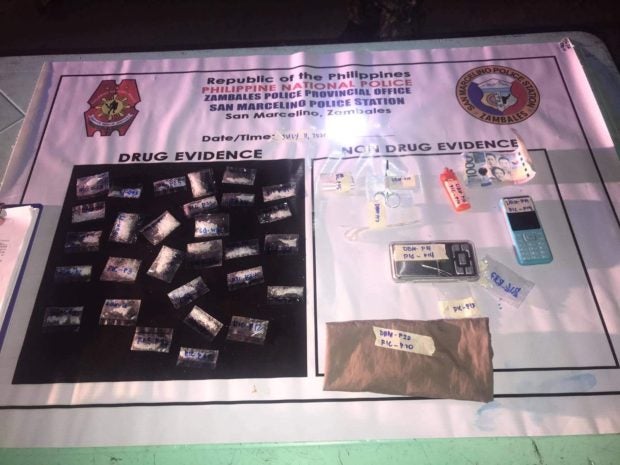 Col. Romano Cardiño, provincial police director, said one of the suspects, Minalyn Calderon, 32, was a “high-value individual” in the province and is a member of a notorious criminal group.

Dalpazi and Villagracia had been previously arrested and were on the province’s drug watch list.

Seized during the operation were 28 sachets of suspected shabu and several drug paraphernalia.

The suspects were detained and would face charges for violating the Comprehensive Dangerous Drugs Act of 2002.