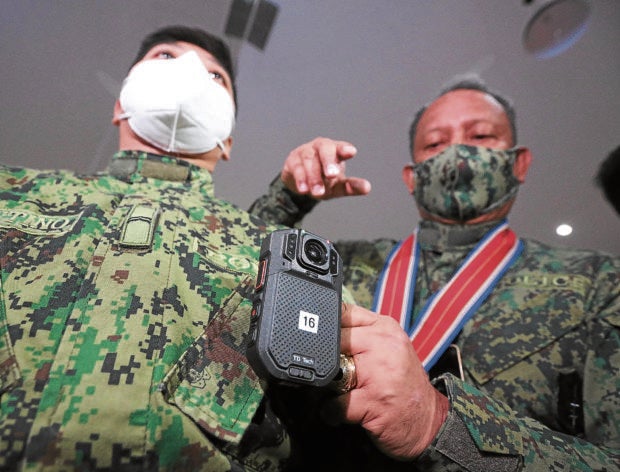 Based on the Supreme Court’s Administrative Matter 21-06-08-SC dated June 29, 2021, the failure of the law enforcers to comply will render the evidence seized inadmissible for the prosecution of the offense for which the search warrant was applied.

Likewise, the law enforcers who failed to wear interferes with or manipulates the camera shall be liable for contempt of court.

The new rule provides that law enforcers are required to wear at least one body camera and one alternative recording device.

If the body cameras are unavailable, the law enforcers shall file a motion before the court and ask permission that they are allowed to use an alternative device for justifiable reasons.

For warrants of arrest

The cameras’ video and audio recording functions shall be activated as soon as the officers arrive at the place of arrest and shall not be deactivated only once the arrest has been fully concluded and the law enforcers have taken the arrested person to the nearest detention facility.

“Failure to observe the requirement for using body-worn cameras or alternative recording devices shall not render the arrest unlawful or render the evidence obtained inadmissible,” the High Court said.

It explained that facts surrounding the arrest may be proved by the testimonies of the arresting officers, the person arrested, and witnesses to the arrest.

Law enforcers, as early as practicable shall inform the occupants of the premises subject of the search warrant that it will be conducting a search warrant issued by the court and that its execution is being recorded.

The cameras’ video and audio recording functions shall be activated as soon as the law enforcers arrive at the place to be searched.

It shall be deactivated only upon reaching the police station.

In both instances, the high court said the recordings shall be stored in an external media storage and simultaneously deposited in a sealed package with the issuing court.

It will be accompanied by an affidavit detailing the date, time, place of recording, and other circumstances surrounding the implementation of either the arrest warrants or search warrants.

Downloading of the data from the body cameras or alternative devices shall be witnessed by the subjects of the recording and their counsels.

The High Court has also provided a chain of custody of the recordings to avoid improper access, review, and tampering.

The High Court was prompted to issue rules on the use of body cameras during the implementation of arrest and search warrants following calls from lawyers, human rights groups, and advocates due to the increased cases of “nanlaban” or those who were extrajudicially killed.

Associate Justice Marvic Leonen has proposed and came up with recommendations in formulating the rules on the use of body cameras. Chief Justice Alexander Gesmundo, during his press conference last June said their colleagues have also submitted their respective inputs. After several deliberations, the rule was signed last

June 29 and will take effect following its publication in the Official Gazette or in two newspapers of national circulation.

Meanwhile, the National Union of Peoples’ Lawyers said “we are grateful and appreciative of the responsive action of the SC on the matter.”

“Generally, it is grounded on abundant experience and appears to have taken into good account the clamor to address the situations that arise in rights violations. It also incorporated or includes provisions similar to the specific concrete recommendations we submitted to the Court (e.g. submission of recordings during an inquest, denial of multiple search warrant applications, limiting the scope of the power of courts to issue search warrants only within their judicial region, inadmissibility or suppression of seized evidence in searches without use of recording devices, protocols when deaths occur, use of cameras by witnesses, rules on chain of custody etc),” NUPL President Atty. Edre Olalia said.

But he expressed concern that some of the provisions could “unwittingly provide gaps, loopholes, and opportunities for circumvention on the ground” such as the limited number of mandatory recording devices to be used and who among the team should wear the devices.

“At all events, the proof of the pudding is in the eating, so to speak, and we shall continue to actively cooperate, recommend and even call out as these welcome reforms are tested out there on the ground. After all, it is not only a matter of trust and presumptions, but ultimately a matter of experience,” he added.