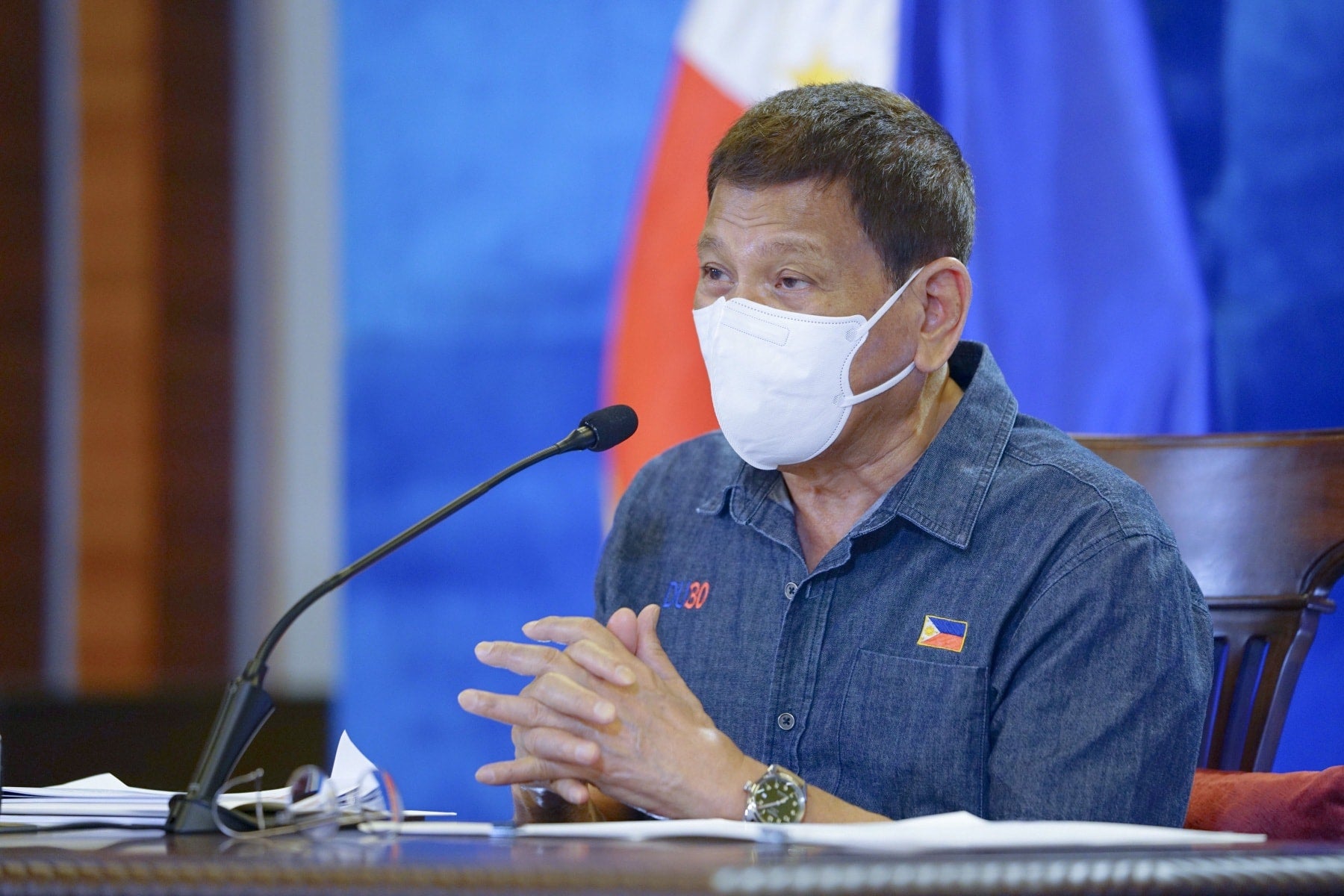 Legal luminaries Christian Monsod and Rene Saguisag said on Thursday that President Duterte could not seek the vice presidency in the 2022 national elections and may face legal obstacles if he decides to push through with his plan.

One of the framers of the 1987 Constitution, Monsod cited Article VII, Section 4 of the Charter clearly stating that a president is not eligible for any reelection.

He said Mr. Duterte would only be using the vice presidency as a “backdoor” for another presidential term.

“It is clear that it is just a plan to go through the backdoor and to circumvent the constitutional provision that bans him from occupying the Office of the President again,” Monsod said in a phone interview.

In an email interview, Saguisag, a former senator and a longtime human rights lawyer, said Mr. Duterte’s possible run for vice president was “a patent circumvention.”

“A wise maxim from time out of mind is that one may not do indirectly what he cannot do directly. The President knows he cannot run again, so the obvious unconstitutional circumvention,” Saguisag said.

Monsod, a former chair of the Commission on Elections (Comelec), said Mr. Duterte could only occupy the presidential office for a maximum of six years and could “never be president” again.

He explained that “the vice president is a mandatory line of succession” and Mr. Duterte could not run for the second highest political position in the country because he would assume the presidency if anything happens to the elected president.

“They say it is not prohibited [for a president] to run for vice president. But think of it this way: The meaning of the provision that he cannot run for any reelection means that the other side of the coin is that he can only occupy a presidential office for a maximum of six years because that is the term of a president,” Monsod said, adding: “He can never be president [again]. So that means you can interpret that provision as a prohibition for him holding the office beyond six years.”

According to Monsod, it is “clear” that the plan of Mr. Duterte and his allies is “for him to occupy his office again through the backdoor because he cannot run for president again.”

Monsod also questioned the proposal of Mr. Duterte’s allies in the ruling Partido Demokratiko Pilipino-Lakas ng Bayan (PDP-Laban) that he could choose the party’s standard-bearer for 2022.

“So it tells you what the plan is,” Monsod said, adding that it was “a very smart” move by Mr. Duterte and his party mates.

At the meeting of PDP-Laban on Tuesday, the President seemed to endorse Sen. Bong Go as a presidential candidate, saying that his longtime aide was “ready any time.”

His daughter, Davao City Mayor Sara Duterte, is also being floated as his running mate for next year.

But Monsod said that would be a violation of the antidynasty principle in the Constitution.

Saguisag agreed that Mr. Duterte could not run for vice president in next year’s elections.

“Under Section 4, Article VII of the [Constitution], no veep who succeeds as prez for more than four years shall be qualified to run as prez, showing a bias against long serving presidents,” Saguisag said.

“In the case at hand, a prez who is 77 or older and takes Fentanyl should really be resting, “ he said.

At the PDP-Laban meeting, the President said he was “somewhat sold” on the prospect of running for the No. 2 post, an idea formalized by his party mates in a resolution in May.

Both Monsod and Saguisag said a case may be filed at the Comelec if Mr. Duterte files a certificate of candidacy (COC) for vice president in October.

“Some citizen, lawyer, or lawyers’ group may file a case testing the issue,” Saguisag said. “And, or but, the [Constitution] is what the Supreme Court says it is.”

Monsod also expressed the belief that there would be individuals or groups who would question Mr. Duterte’s move at the Comelec if he files his COC as vice president.