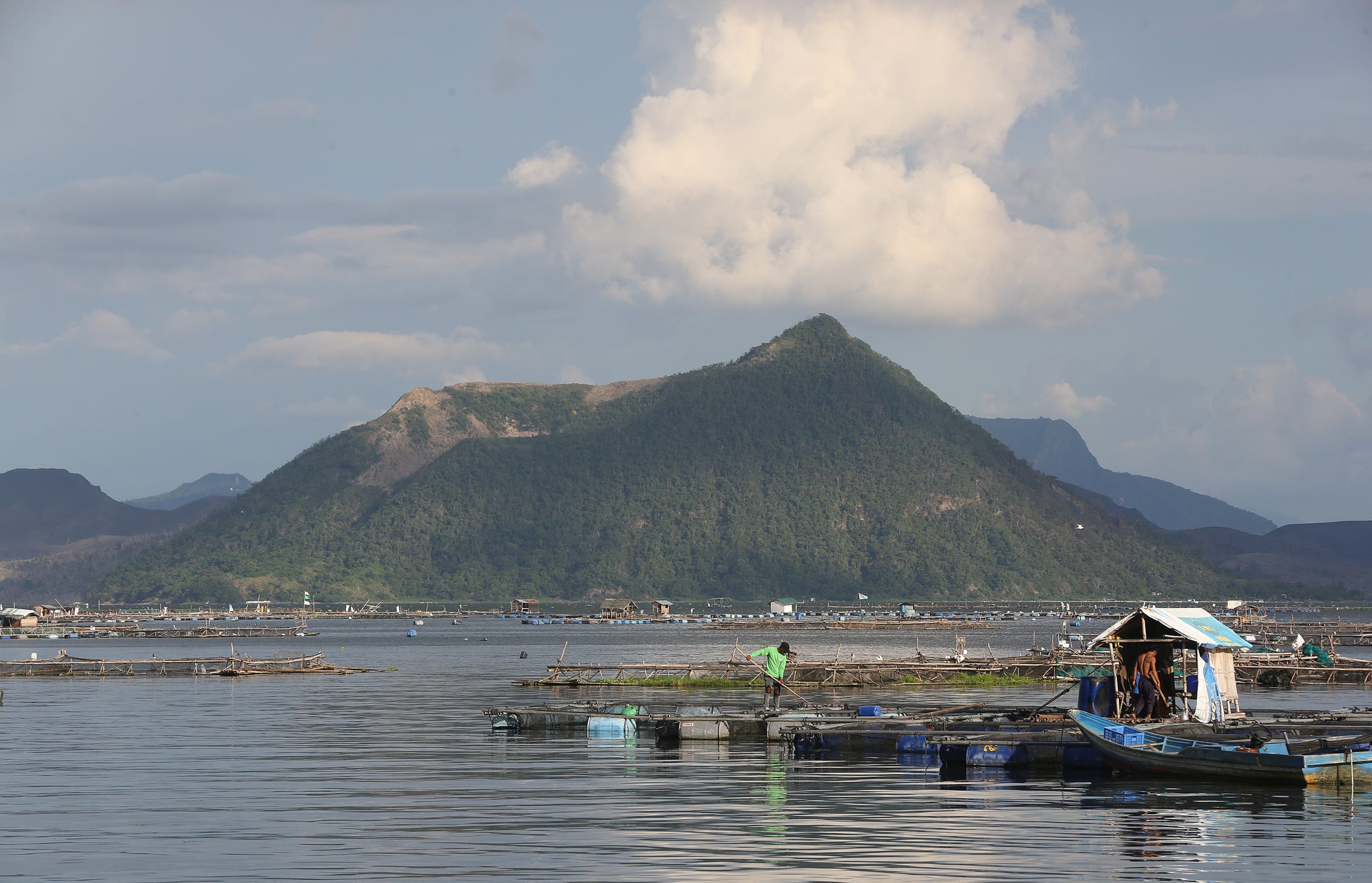 LAKE AQUACULTURE Caretakers of fishery structures in a section of Taal Lake in Laurel, Batangas, check on their fish stock
on Wednesday as Taal Volcano remains restive. —NIÑO JESUS ORBETA

Authorities are studying the imposition of a “window hour” for residents in communities surrounding Taal Volcano so they can harvest from their fish cages and farms amid the continued volcanic activity.

In a telephone interview, Sammy Malvas, Bureau of Fisheries and Aquatic Resources (BFAR) director in Calabarzon (Cavite, Laguna, Batangas, Rizal and Quezon) region, said this was not only to ensure that residents would be properly assisted by government personnel but also to trim economic losses that might be caused by the volcano’s unrest.

“We don’t know yet when this is going to be approved, but for now, based on reports, fishers are allowed again to visit their fish cages,” he said.

Mayor Gerry Natanauan of Talisay, Batangas, had set a 5 a.m. to 2 p.m. window for residents to feed fish stocks in the lake.

Around 5,100 fishers maintain 6,375 cage structures for milkfish and tilapia production in Taal Lake that will be affected in case the volcano erupts, Malvas said.

The Philippine Institute of Volcanology and Seismology (Phivolcs) recorded a short phreatomagmatic burst at 9:41 p.m. on July 7. It was the sixth such eruption that day, and lasted for three minutes.

Phreatomagmatic eruptions in Taal occur when rising magma interacts with the water from its main crater lake. On July 1, a five-minute eruption prompted Phivolcs to raise the alert status of Taal from level 2 to level 3, indicating magmatic unrest.SO2 emissions also soared again on Wednesday, reaching an average of 11,397 tons per day, marking an increase from the emissions that averaged 7,650 tons per day on Tuesday.

Phivolcs said at alert level 3, magma pushing from the main crater could lead to an explosive eruption. The BFAR continues to conduct water sampling tests in Taal Lake to monitor its dissolved oxygen level and acidity—both crucial in determining whether its waters are still safe for marine life.

Earlier this week, about 109 metric tons of milkfish and black carp turned belly up in Talisay, Batangas. Based on the BFAR’s report, dissolved oxygen rate in Taal Lake, particularly in Tanauan City and Talisay, was between 2.38 and 3.80 milligrams per liter, which is comparatively lower than the standard level of 5.0 mg/L needed for fish to thrive.