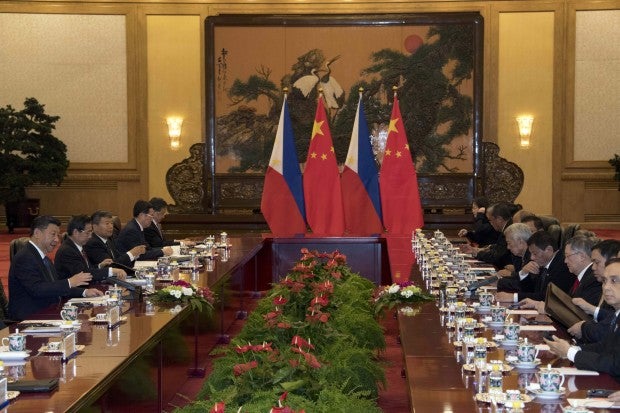 MANILA, Philippines—A coalition campaigning to field a common candidate for president to contest whoever President Rodrigo Duterte would endorse slammed Duterte’s recent praise of China as another sign of the Philippine ruler’s loyalty to Chinese “masters.”

In a statement on Thursday (July 8), 1Sambayan said Duterte’s praise and homage to China, made on the occasion of 100 years of the Communist Party of China (CPC), were “lacking, insulting and derogatory” to Filipinos.

“We have again witnessed President Duterte kowtowing to his masters in China when he addressed the whole world in his speech during the 100th anniversary of the Communist Party of China (CPC),” said the coalition of prominent Duterte critics, among them former Supreme Court Senior Associate Justice Antonio Carpio.

Duterte, in his speech at the online celebration of CPC’s 100th anniversary, said Manila hopes Beijing would “use its newfound strength in defense of what is good and just for all humanity.”

He also said the Philippines “count on China as a friend and partner for peace and development.”

“To further build mutual trust and confidence, we must sustain our constructive dialogue and peaceful engagement,” Duterte said in the speech. “This is crucial as the bilateral relations between our two countries expand and deepen.” 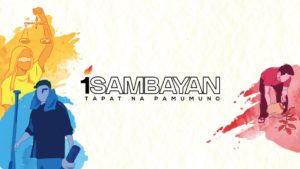 Duterte’s homage to CPC came many months after he and his spokesperson, Harry Roque, declared that communism is dead and had been taken over by capitalism in China. They made the statements to stress that Philippine communist insurgents have no more support internationally.

1Sambayan said the Philippine ruler’s speech could be considered as an insult because it was made a few days before the fifth anniversary of an arbitral ruling in The Hague, which invalidated China’s bogus nine-dash line claim of owning nearly the entire South China Sea, including areas inside the Philippines’ exclusive economic zone.

Duterte, as head of state, did not even mention China’s encroachment into Philippine territory and violations of the country’s sovereignty, 1Sambayan said.

“Duterte can pay homage to the CPC, but as head of state he should have also taken the opportunity to communicate our opposition to China’s encroachment in WPS,” the group said using initials for West Philippine Sea.

“He is not only speaking as the titular head of PDP-Laban when he spoke at CPC’s anniversary, but as the leader of a country whose sovereign rights have been violated,” it said.

Duterte heads the ruling PDP-Laban, which signed a cooperation deal with CPC in 2017.

“It is a clear victory won over years of tedious hard work by the team of the late President Benigno “Noynoy” Aquino III,” said 1Sambayan.

“But the gain has been wasted because of this administration’s refusal to assert our country’s sovereignty amid China’s trespasses,” the group said.

Duterte has described the ruling as a useless piece of paper in exchange for loans and investments from Beijing, which haven’t materialized four years into his presidency.

China also continued its incursions in the West Philippine Sea. It has repeatedly ignored the Philippine government’s repeated diplomatic protests on Beijing’s violations of its sovereignty, insisting that it owned the area and exercised control over Philippine territory.