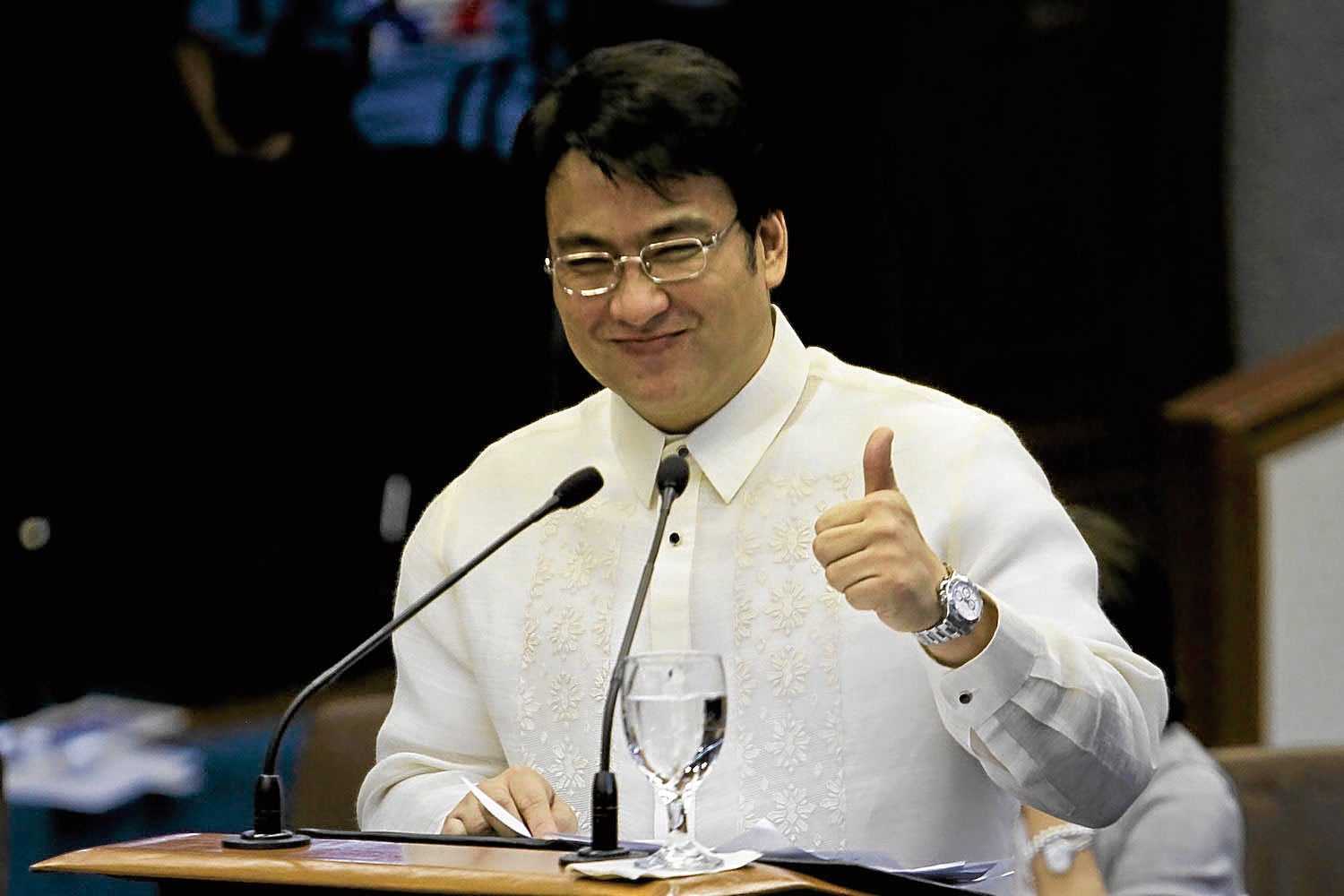 MANILA, Philippines — Two justices of the Sandiganbayan strongly disagreed with three others who had cleared Sen. Ramon “Bong” Revilla Jr. of graft in the multibillion-peso pork barrel scam, saying convicted plunderer Janet Napoles could not have siphoned off public funds from the senator’s office without his “complicity.”

In a 3-2 vote, the Special First Division of the antigraft court on Monday announced that it had granted Revilla’s motion to dismiss the 16 counts of graft against him for insufficient evidence.

In 2018, Revilla was acquitted of plunder in connection with the P224.5 million that was allegedly funneled from his congressional Priority Development Assistance Fund (PDAF), or pork barrel, to Napoles’ bogus nongovernmental organizations (NGOs).

Despite his plunder acquittal, Revilla faced separate graft charges and was ordered by the court to return P124 million to the state. He refused to return any amount, saying all his money came from legitimate sources, including his income as an actor.

Justices Efren dela Cruz and Bayani Jacinto dissented against the decision of Justices Edgardo Caldona, Rafael Lagos and Geraldine Econg, who authored the resolution clearing Revilla of involvement in the pork barrel scam, which was exposed in 2013. Under the scheme, up to P10 billion from lawmakers’ pork barrel had been funneled to ghost projects in exchange for massive kickbacks.

The ruling that acquitted Revilla of plunder, which also was authored by Econg, convicted his coaccused Napoles and Richard Cambe, his chief of staff. Cambe died in prison in April this year.

According to the Special Division’s decision in the graft cases, Revilla’s requests to endorse his pork barrel to NGOs owned and controlled by Napoles were “valid releases,” “customary” and “merely recommendatory” and therefore did not constitute “manifest partiality or bad faith.”

It also said there was a “glaring absence of evidence” that the senator profited from the scam, and concluded that his “liability could no longer be determined … as these offenses were already included in the plunder case for which they were already prosecuted.”

But Dela Cruz, in his dissenting opinion, asserted that graft and plunder were “separate and distinct from each other.”

Citing the Anti-Graft and Corrupt Practices Act, he said graft was “not a predicate act of the crime of plunder and, therefore, not necessarily included in the said crime.”

“I see no cogent reason why the court could not proceed to try any [of] these cases against accused Revilla,” Dela Cruz said.

“Clearly there was nothing innocent in accused Senator Revilla Jr.’s actions. He was not motivated by public service when he endorsed accused Napoles’ NGOs, but prompted by the receipt of kickbacks or commissions that he was to receive from accused Napoles in accordance with their agreement,” Jacinto wrote in his opinion.

He also noted that Revilla endorsed Napoles’ NGOs, despite being unqualified, to implement his PDAF projects 11 times.

“While the majority held that there is insufficient evidence to prove accused Senator Revilla’s participation and knowledge in the scheme, it confirmed that the accused Napoles’ scheme as a whole exists and was operative,” he pointed out.

“Put simply, her NGOs would have no purpose unless a legislator, in this instance Revilla, gives a go-ahead to start the process, and without whose complicity to raiding the public coffers, the same funds could have been used for the public good,” Jacinto said.

He said it “requires a stretch of logic” for the three justices to conclude that Cambe was involved in the scam but not Revilla.

“To simply concede that all of the said documents were intercepted by Cambe so that Revilla and the rest of his staff would not be alerted is unreasonable,” he said.

Both Dela Cruz and Jacinto argued that a complex racketeering scheme such as the PDAF scam would have had all the trappings of a legitimate operation and that the majority was amiss in ruling that Revilla’s actions were not done in bad faith.

Dela Cruz said the exacting standard of “proof beyond reasonable doubt” required in conviction did not mean the prosecution could not use circumstantial evidence as “crimes are usually committed in secret.”

“If direct evidence is insisted on under all circumstances, the prosecution of vicious felons who committed heinous crimes in secret or secluded places will be hard, if not impossible, to prove,” he said.

Commenting on the Sandiganbayan’s decision, presidential spokesperson Harry Roque on Tuesday said Revilla was given his day in court, but the prosecution failed to prove his guilt beyond reasonable doubt.

“That is how the justice system works in the Philippines. The accused are presumed innocent until proven otherwise,” he said.

But this development has no bearing on President Duterte anticorruption drive, Roque pointed out.

“The President has repeatedly said that he would spend the remaining year of his term fighting corruption,” he said. —WITH A REPORT FROM LEILA B. SALAVERRIA