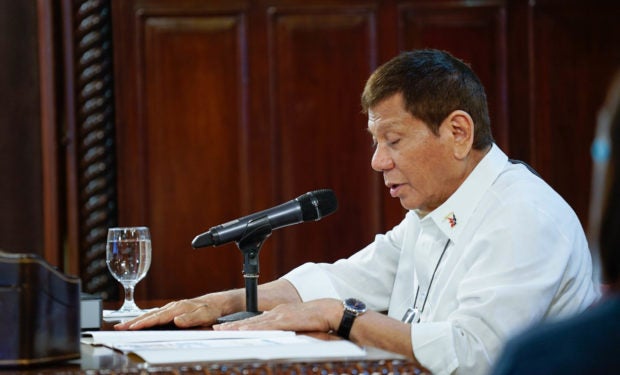 President Duterte issues Proclamation No. 124 to strengthen awareness against trafficking in persons.

In Proclamation No. 124 dated July 6, a copy of which was released to the media on Wednesday, Duterte cited the Anti-Trafficking in Persons Act of 2003, which mandates the State to enact measures and develop programs that will promote human dignity, protect the people from threats of violence and exploitation, and eliminate trafficking, among others.

“There is a need to strengthen awareness against trafficking in persons, instill social consciousness among the general public and mobilize more advocates, especially those from vulnerable communities,” he said.

He also noted that the Inter-Agency Council Against Trafficking (IACAT) is tasked to form programs to prevent and suppress trafficking in persons and hold information dissemination and campaign on issues concerning trafficking.

The President noted that there are 1,608 victims of trafficking in the Philippines as of March 2021.

Under the proclamation, Duterte tasked the IACAT to lead the observance and implementation of the National Anti-Trafficking in Persons Awareness Month, the funding of which shall come from the available budget of the council for this year.

Future funding requirements will then be incorporated in the budget proposal of the IACAT.

All agencies of the national government, including government-owned or -controlled corporations and state universities and colleges and local government units, private sector and relevant non-government organizations and civil society groups, are encouraged to participate and support the IACAT for the implementation of the proclamation.