Año confident Duterte admin’s ‘war on drugs’ can be sustained 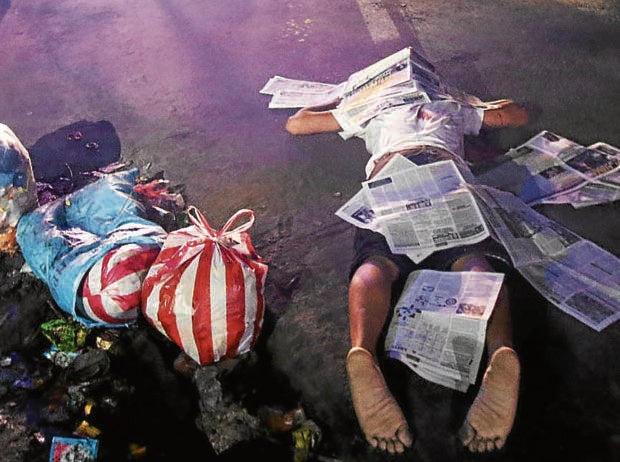 DEADLY POPULISM The drug war still has large public support despite mounting legal challenges to it both in the Philippines and abroad. —INQUIRER FILE PHOTO

Año made the remark during the pre-State of the Nation Address (SONA) media briefing on Wednesday, saying that the national government has achieved “many accomplishments” in its brutal war against illegal drugs.

The program has been criticized locally and internationally over alleged abuses particularly in police operations that ended in the deaths of alleged drug pushers.

According to Año, the national government’s campaign against illegal drugs has already been institutionalized with the creation of the Inter-agency Committee Against Illegal Drugs.

Several programs and mechanisms have also been in place to reduce the demand and the supply of illegal drugs such as the establishment of drug abuse rehabilitation centers.

Bensouda noted that based on information gathered by her office, there is reason to believe that state actors have killed thousands of civilians under the war against illegal drugs.