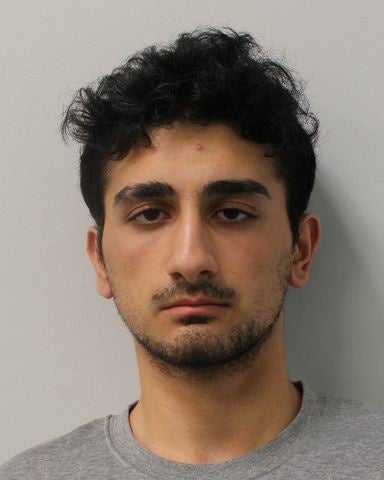 Danyal Hussein, British teenager who was found guilty on July 6, 2021 of murdering two women as part of a demonic pact to win lottery, looks on while in custody in this undated handout picture. Metropolitan Police/Handout via REUTERS

LONDON — A British teenager was found guilty on Tuesday of murdering two sisters, as part of a pact he believed he had made with demonic forces to kill at least six women every six months in exchange for a future lottery win.

Danyal Hussein, now 19, stabbed to death Bibaa Henry, 46, and Nicole Smallman, 27, in a savage attack in a country park in northwest London in June last year after they had celebrated Henry’s birthday with friends, police said.

Hussein had carried out the murders to fulfill his side of a “contract” with the demon “Mighty King Lucifuge Rofocale”, which he signed using his own blood, promising to “perform a minimum of six sacrifices every six months for as long as I am free and physically capable”, police told reporters.

Hussein wrote that he hoped his reward would be to “win the Mega Millions Super Jackpot”, and police found three lottery tickets he had bought after the murders.

“I am totally convinced and my team are that he would have gone on to commit more murders,” Detective Chief Inspector Simon Harding, who led the investigation, said.

“It is difficult for any normal person to comprehend. It’s almost sort of movie like.” 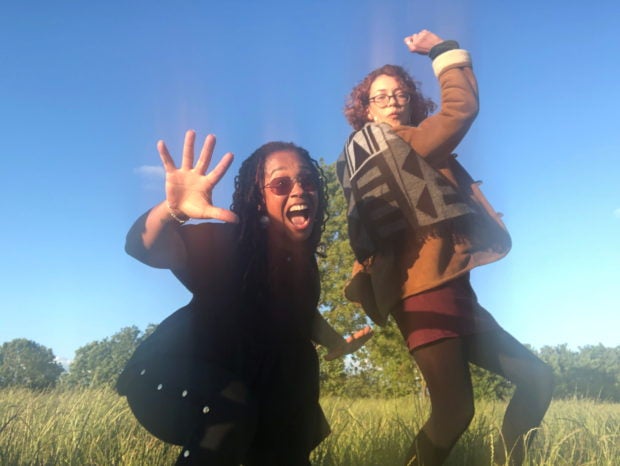 An undated handout image of Bibaa Henry, 46, and Nicole Smallman, 27, who were stabbed to death by Danyal Hussein at a park in London, Britain in June 2020. Metropolitan Police/Handout via REUTERS

Close sisters Henry and Smallman had gone to Wembley’s Fryent Park to celebrate with friends but stayed alone into the early hours. They took 150 photos, Harding said, with the last “haunting” picture showing them looking sideways at what police believe was the arrival of Hussein.

He stabbed Henry eight times and Smallman suffered 28 wounds after putting up a “very brave fight”, Harding said. After the murders, he dragged the bodies into woodland where they were found intertwined the following day by Smallman’s boyfriend.

Hussein, who lived with his mother, was traced by bloodstains found at the scene and was arrested almost four weeks later, police told reporters. They believe only a hand injury he suffered during the murders prevented him carrying out further killings.

When detectives searched his house, they found his contract and lottery tickets. There were also satanic symbols and a handwritten book of spells, including ones to make women find him attractive, police said.

Hussein denied involvement throughout, claiming it was an elaborate conspiracy, but a jury at London’s Old Bailey court found him guilty of the murders. He will be sentenced at a later date.

Police said it was unclear how he became fascinated with the occult. Officers knew he had accessed the dark web, but could not get access to his account as he refused to give his passwords. He also had an iPad which they could not unlock.

Material they could see showed he chatted to other people online but this was more to do with love spells, police told reporters.

Harding described Hussein, who had been planning to go to a summer camp in the United States, as a “very arrogant young man” but otherwise unremarkable. He had been diagnosed with autism, but had no involvement with mental health services.

The teenager, who detectives said had shown evidence of some far-right thoughts, was referred by his school in 2017 to Britain’s counter-extremism program but was discharged with no outstanding concerns the following year, police told reporters.

To compound the victims’ suffering, two police officers were charged with misconduct in public office for taking “inappropriate” photographs at the murder scene and sharing them on WhatsApp.

The victims’ mother, Mina Smallman, a retired Church of England archdeacon, thanked police on Tuesday for helping to bring Hussein to justice.

“Today we remember our girls as the wonderful strong women they were. We hope that some good will come out of this horrible story,” she told reporters.

Read Next
Duterte says new President must be friend of his for him to function well as VP
EDITORS' PICK
Legarda Bats for Improved Benefits for Military and Uniformed Personnel
Comelec heeding clamor for longer voter registration
Comelec approves extension of voter registration to end-October
4 essentials for overcoming data protection challenges in the New Normal
Ong stays in detention till Christmas if he won’t cooperate in Pharmally probe – Lacson
UnionBank: Pioneering innovations towards a brighter future for MSMEs
MOST READ
Lacson, Sotto: Duterte barked up the wrong tree, DPWH chose Senate building contractor
Eheads reunion if Leni runs? Pangilinan jokes Robredo may file bid at once if true
Comelec approves extension of voter registration to end-October
Gambling culture
Don't miss out on the latest news and information.