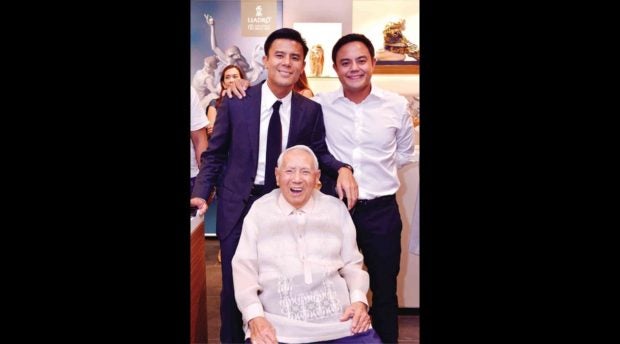 Tantoco and his wife Gliceria Rustia opened the first Rustan’s store in San Marcelino, Manila, nearly 69 years ago, which would be the forerunner of luxury retail in the Philippines. Rustan is a portmanteau of the couple’s family names.

In the 1960s, Rustan’s would begin to do business with revered European fashion houses like Christian Dior and Yves Saint Laurent.

The Tantocos opened the Rustan flagship store at the Makati Commercial Center (now known as Ayala Center) in 1970, where it still stands to this day.

The Rustan’s brand would become synonymous with foremost global brands and exceptional service and customer care.

When his wife died of cancer in 1994, Tantoco took over her many tasks in the company. He would do these tasks with gusto until his retirement, traveling overseas to meet with luxury brand principals.

Tantoco was named the country’s ambassador to the Holy See from 1983 to 1986.

Tantoco is survived by his children Bienvenido Jr. (Rico),