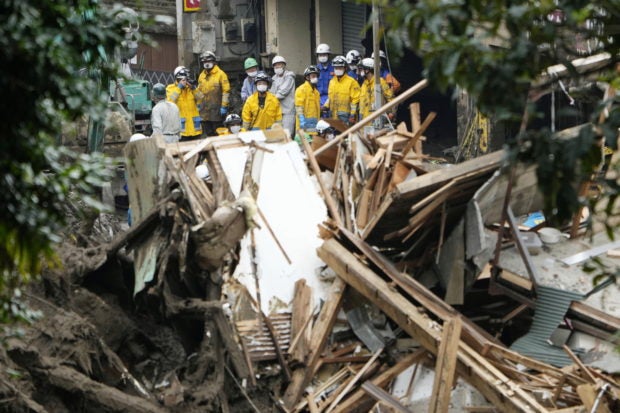 Rescuers conduct rescue and search operation at a mudslide site caused by heavy rain at Izusan district in Atami, west of Tokyo, Japan July 6, 2021, in this photo taken by Kyodo. Kyodo/via REUTERS

Police, fire fighters and military personnel resumed rescue operation, suspended for the night on Monday, at around 6:00 a.m. (2100 GMT Monday).

The landslides occurred around 10:30 a.m. on Saturday, and time is running out for any survivors trapped beneath the rubble.

“We have not yet received any new information on survivors … People in the field are working hard in their search and rescue operation,” Atami city spokesperson Hiroki Onuma told Reuters.

The operation heavily depends on rescuers working with their hands, the use of heavy machinery deemed too dangerous for any survivors who may be alive under mud.

The landslides are a reminder of the natural disasters – including earthquakes, volcanic eruptions and tsunami – that afflict Japan, where the capital Tokyo is to host the summer Olympics starting July 23.