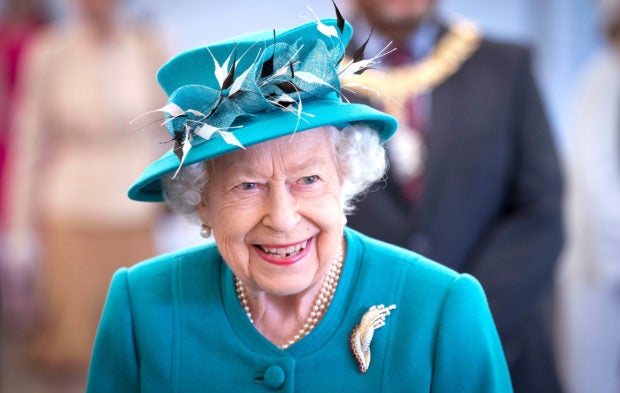 “We are fortunate to have many nurses from the Philippines in the National Health Service,” the Queen said in her message to President Rodrigo Duterte in celebration of the 75th anniversary of diplomatic relations between the United Kingdom and the Philippines.

“Our ties of friendship and affection are as important today as 75 years ago,” she added.

According to the Queen, Filipino nurses bring “exceptional care and comfort to their patients.”

“I wanted to express my sincerest gratitude for their work, especially in response to the coronavirus,” the Queen added in a statement coursed through the British Embassy in Manila.

Queen Elizabeth also expressed hope that both the United Kingdom and the Philippines “may all look forward to better times in the future.”

“The bonds of friendship between us are stronger than ever. At a time when we have faced the unprecedented challenges of the coronavirus, those links have provided the foundation for us to work together toward a better future,” Prince Charles said in a video message posted by British Ambassador to the Philippines Daniel Pruce on Twitter.

“We are more fortunate than we perhaps realize to have many thousands of nurses and other health-care workers from the Philippines working in the United Kingdom, particularly in the National Health Service. To these wonderfully selfless people, I wanted to offer my most heartfelt gratitude for the outstanding care and comfort you give to your patients,” he added.

Charito Romano and Minnie Klepacz, nurses from the Philippines, were given the British Empire Medal (BEM) for their contribution to the coronavirus response.

A British Empire Medal is given to individuals for “hands-on” service to the local community. This could be a long-term charitable or voluntary activity, or innovative work of a relatively short duration that has made a significant difference.

Romano was cited for her “outstanding” services to nursing care in Surrey, while Klepacz, who received the award in October last year, was also given a BEM for her “tireless work to support her colleagues and community” during the pandemic.

The Philippine Embassy in the United Kingdom, citing a March 2019 report on the National Health Service’s workplace diversity, earlier said that close to 19,000 Filipinos serve the foreign country’s public health system either as medical professionals such as nurses and allied health professionals or as support staff.