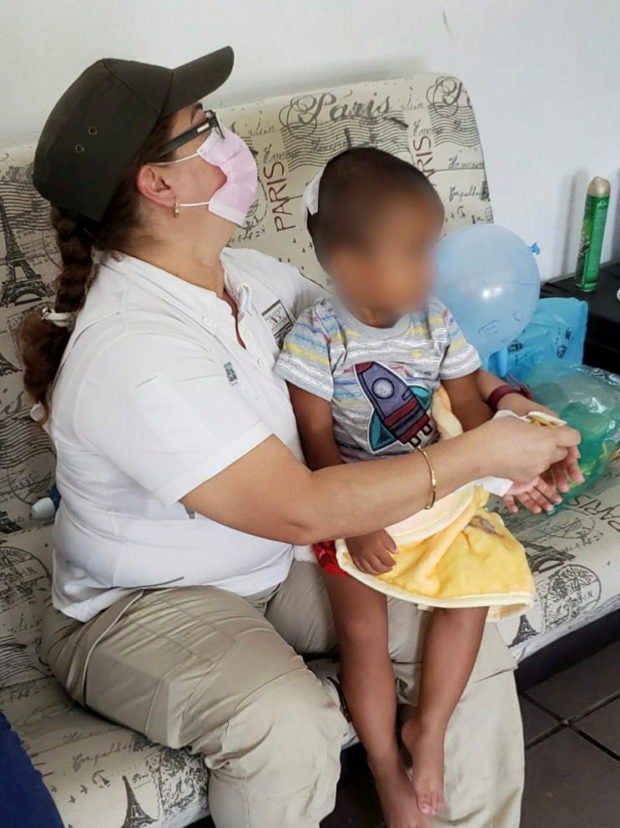 MEXICO CITY  –  A two-year-old migrant boy found abandoned in Mexico earlier this week had left Honduras with his father, a Honduran consulate official said on Friday.

The boy was found in Veracruz state, alone near a truck that carried more than 100 migrants in suffocating conditions, and surrounded by snack wrappers, half-empty water bottles, and trash bags.

Consul Raul Morazan said it was not clear where the father was or how he had been separated from his child.

“It is shocking and surprising,” Morazan, who is based in Veracruz, said. “The question we ask ourselves is why abandon the child.”

A woman in Copan, Honduras, who identified herself as the mother using a document that matched the vaccine records the boy carried, told Honduran authorities the boy and his father had left the country with plans to travel to Virginia in the United States where the family had relatives. The trio had planned to reunite there.

Morazan said the woman told authorities she had received a call from the father in recent days and he said they were both well.

Neither Mexican nor Honduran authorities have released the name of the child or the parents. The National Migration Institute of Mexico said it had not yet established a date to transfer the minor back to Honduras.