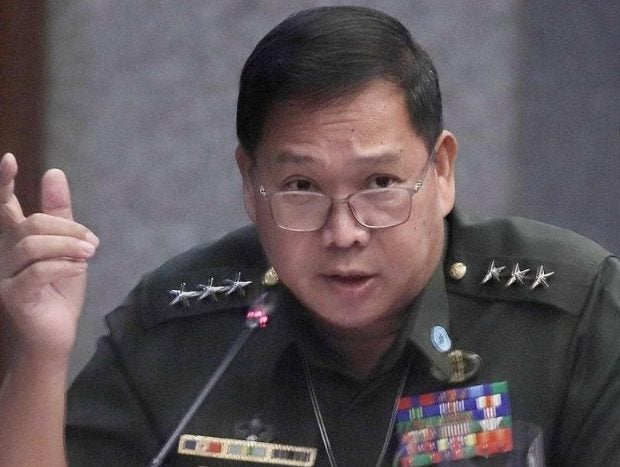 MANILA, Philippines — The resignation of Lt. Gen. Antonio Parlade Jr. from the government’s anticommunist task force is “definitely not enough” but he must be made to account for his actions as its spokesperson.

A Makabayan lawmaker on Saturday renewed calls to abolish the National Task Force to End Local Communist Armed Conflict (NTF-Elcac) and for the government to exact accountability from the agency.

House Assistant Minority Leader and Gabriela Women’s Rep. Arlene Brosas brushed off Parlade’s resignation as a “mere attempt to ease the pressure” of public outrage over the agency’s Red-tagging of personalities and its whopping P19-billion budget.

“Resignation is definitely not enough. His appointment was illegal and unconstitutional right from the start,” Brosas said in a statement.

She alleged that Parlade’s political and military career was “marred with corruption and human rights violations.”

Parlade also headed the Southern Luzon Command while serving as one of the NTF-Elcac’s spokespersons.

An anticommunist hardliner, he made controversial remarks against progressive lawmakers, journalists and show biz celebrities, and even cast doubts on the intent of community pantry organizers.

His critics have slammed his statements as Red-tagging and have previously demanded his sacking from the NTF-Elcac.

“He should be held accountable for his crimes against the Filipino people,” Brosas added.

On Thursday, Parlade announced his resignation as one of the NTF-Elcac’s spokespersons “a month ago.” His resignation was filed ahead of his retirement on July 26.

Earlier this year, the Senate national defense committee launched an investigation of NTF-Elcac and recommended Parlade’s removal as spokesperson.

This is because Parlade, an active member of the military, is holding a civilian post in the government — a violation of the Constitution.