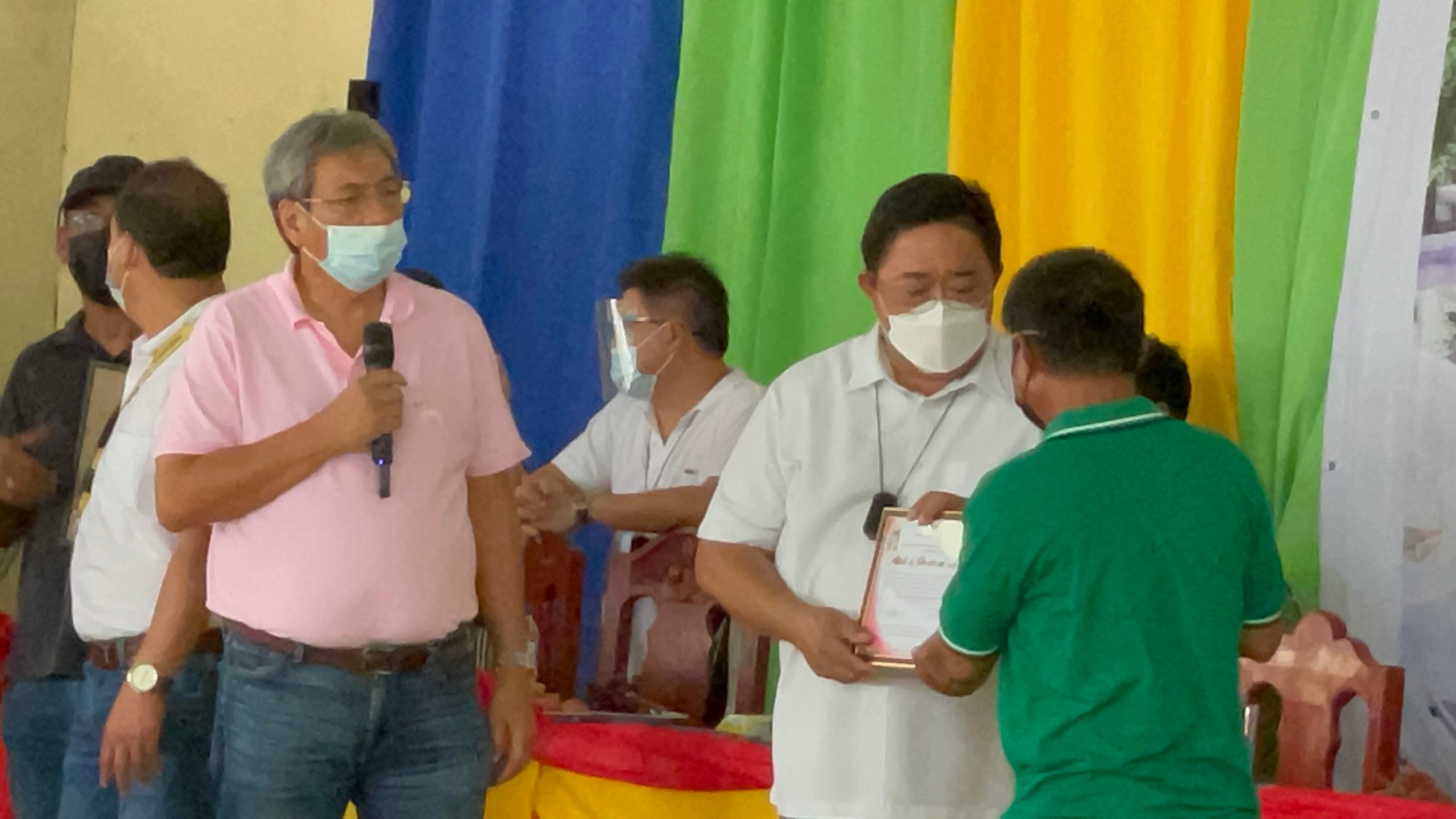 NAGUILIAN, ISABELA — At least 670 farmers on Thursday received their certificates of land ownership award (CLOAs) from the Department of Agrarian Reform (DAR).

Castriciones, who led the ceremonial distribution of the CLOAs here, said he had been personally supervising the awarding of land titles nationwide to ensure they hit their target.

“We have been pursuing all of the pending cases [of land distribution] through our zero-backlog program,” he told the Inquirer.

According to Castriciones, one of the beneficiaries in this town has been waiting to receive his land title since 1958, long before the Comprehensive Agrarian Reform Law was enacted in 1988.

He said the implementation of agrarian reform had been delayed by legal issues arising from the land acquisition and distribution aspect of the program. Castriciones also distributed 43 units of brand-new motorcycles with sidecars, two units of multipurpose vans and a farm tractor to the farm beneficiaries.

The DAR chief also inaugurated a solar-powered irrigation system in Barangay Banquero in Reina Mercedes town and other agrarian reform support services in the province.