US eases gender selection on passports 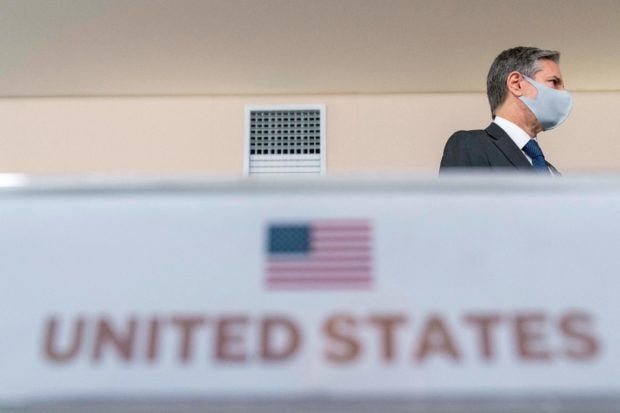 WASHINGTON — The US State Department on Wednesday made it easier for citizens to select their gender on passports, in the latest effort by President Joe Biden’s administration to support LGBTQI rights.

Secretary of State Antony Blinken announced that US passport holders will be able to decide for themselves whether to be described as male or female. Previously, Americans required medical certification if they sought to mark a gender on their passports different than on their birth certificates or other documents.

“The Department of State is committed to promoting the freedom, dignity and equality of all people — including LGBTQI+ persons,” Blinken said in a statement.

But he said that one major goal of LGBTQI rights activists — allowing a third, non-binary option for gender on passports — would take time.

“The process of adding a gender marker for non-binary, intersex and gender non-conforming persons to these documents is technologically complex and will take time for extensive systems updates,” he said.

He said that allowing a non-binary option was the eventual goal and he committed to making “as smooth a travel experience as possible for the passport holder” until the changes are implemented.

At least 11 countries already have an “X” or “other” option for gender in passports or other national identity documents, according to the Employers Network for Equality and Inclusion, a London-based advocacy group.

The countries include India, Nepal and Pakistan, a legacy of South Asia’s historic acceptance of the concept of “hijra” intersex or transgender people.

Other nations that allow a third option on identity documents include Argentina, Canada and Germany.

Biden has vowed to make LGBTQI rights a major priority, including in foreign policy and in acceptance of refugees from overseas.

Blinken made the passport announcement on the last day of Pride month during which the State Department for several days flew the “Progress” flag, which was designed to welcome intersex people in the movement for LGBTQI rights.

The actions as well as symbolism are a major change from the previous administration of Donald Trump, during which Blinken’s predecessor Mike Pompeo barred US embassies from flying rainbow Pride flags.