Over 1,000 stranded OFWs return from UAE in June — DFA 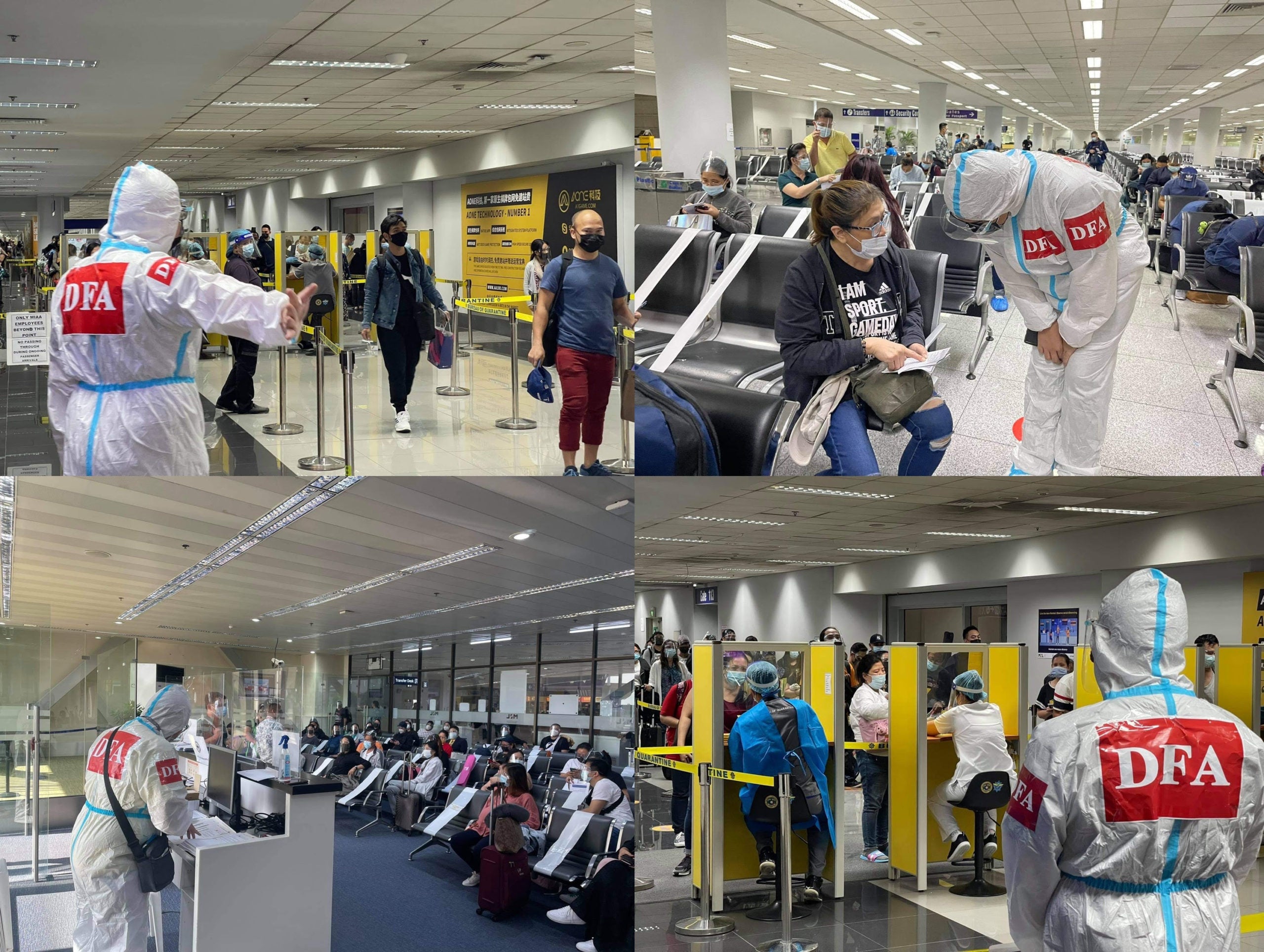 Repatriation of overseas Filipino workers from the United Arab Emirates. Photo courtesy of the DFA

MANILA, Philippines — At least 1,920 overseas Filipino workers (OFWs) from the United Arab Emirates (UAE) returned to the country in June, the Department of Foreign Affairs (DFA) reported on Thursday.

The DFA, through the Office of the Undersecretary for Migrant Workers’ Affairs (OUMWA), has previously arranged special flights to bring home Filipinos who were stranded in the UAE.

“We wish to assure our distressed kababayan in the UAE that we are not only firming up plans but executing these plans swiftly to bring them home at the soonest possible time,” Undersecretary for Migrant Workers’ Affairs Sarah Lou Arriola said in a statement.

According to the DFA, three chartered flights this month were specially mounted for UAE-based Filipinos.

Among those repatriated in the third flight were the 347 distressed Filipinos who left Dubai on June 30.

All passengers of DFA repatriation flights are required to undergo RT-PCR tests 48 hours before the flight, according to the department.

The DFA, meanwhile, acknowledged the efforts of local agencies that organized the repatriation of 886 sea-based workers.

“We have and we will continue mounting chartered flights until we have successfully repatriated those in need,” Arriola said.

The undersecretary said that more flights will be arriving in the following days.

A flight with an estimated 350 passengers is expected to arrive on July 17 while two other flights are expected to return on July 5 and July 10.  Faith Yuen Wei Ragasa, Inquirer trainee

Returning OFW from UAE tests positive for COVID-19 despite vaccination