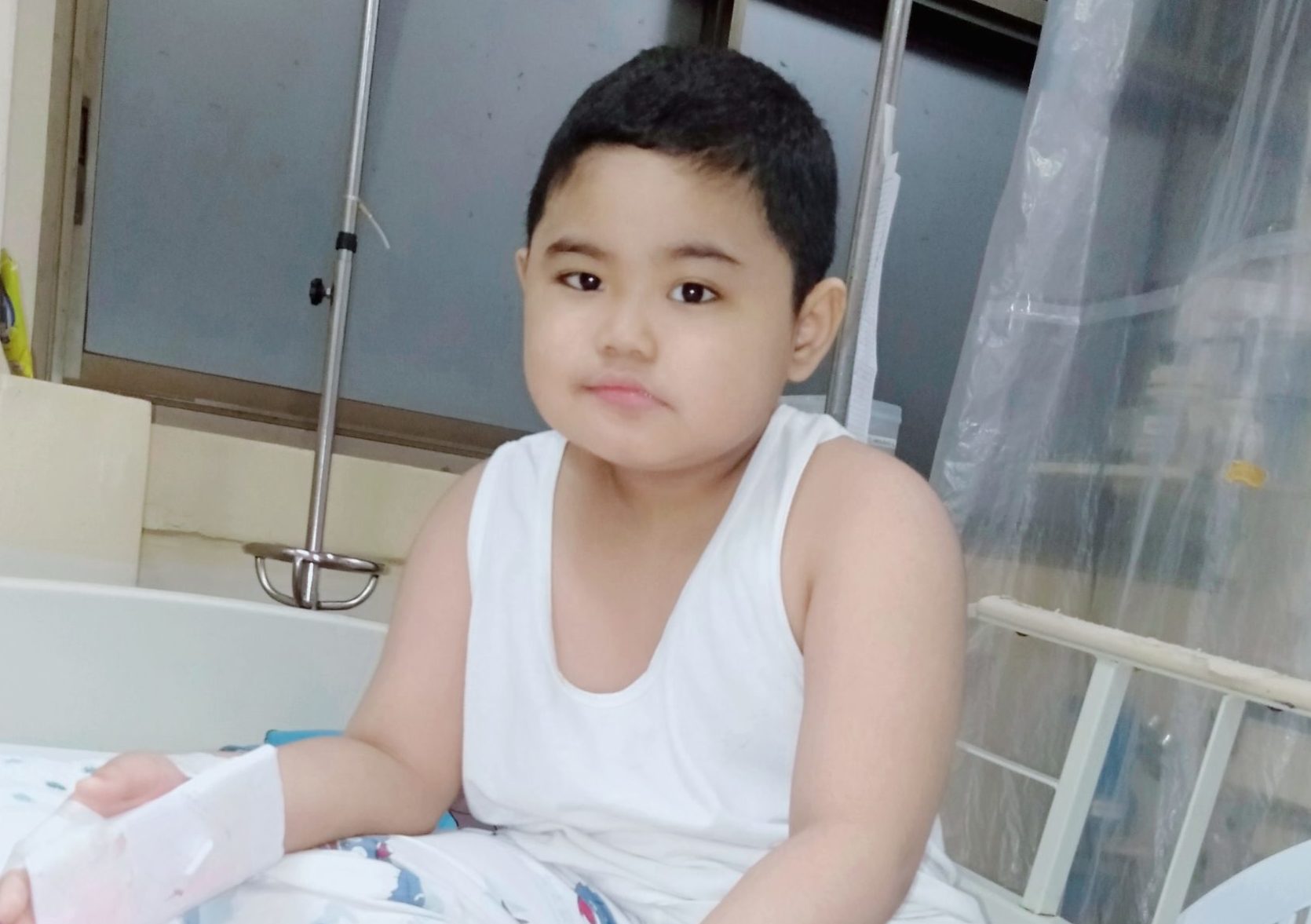 Life has not been the same for Jenalyn Elquino and her husband, Elvis, since June 2019 when their only child, Ejay, then only 6 years old, was diagnosed with acute lymphoblastic leukemia and epilepsy.

Months before, Ejay had to be brought several times to a hospital in Southern Leyte after he turned pale, kept running a fever and started having seizures. “The doctor said he had an infection and gave him antibiotics,” Elquino told the Inquirer. The diagnosis was later changed to anemia after tests showed a low count in platelets and red blood cells.

But when Ejay’s gums started bleeding and his condition deteriorated, his panicked mother rushed him to another hospital in Tacloban City where he ended up at the intensive care unit.

Then came the grim diagnosis with the doctor recommending chemotherapy for the boy.

“The doctor said it would be better for us to go to Metro Manila where there would be a stable blood supply,” Elquino said.

The family moved to Quezon City and Ejay started undergoing chemotherapy in July 2019 at Philippine Children’s Medical Center. So far, he has undergone only four of the 12 cycles recommended by the doctor over a three-year period, or one cycle every three months, because the procedure had to be canceled every time he got sick. The family needs to raise P16,630.10 for each cycle. Elquino said they paid for the first four cycles with donations she had solicited from congressmen, senators and foundations.

Last year was especially difficult for the family after they all contracted COVID-19.

“My husband, Elvis, was infected at work. Thankfully, Ejay did not have any symptoms and we all recovered after isolating ourselves in our house for 14 days,” Elquino said. Elvis is a technician whose monthly salary of P14,000 just covers their basic needs, rent and utilities.

Elquino appealed for help from Inquirer readers for Ejay’s fifth cycle which is scheduled on July 9.

Caring for her sick son in the middle of a pandemic is very hard, she said, her voice breaking, but she is determined to do what she can to make sure he gets better.