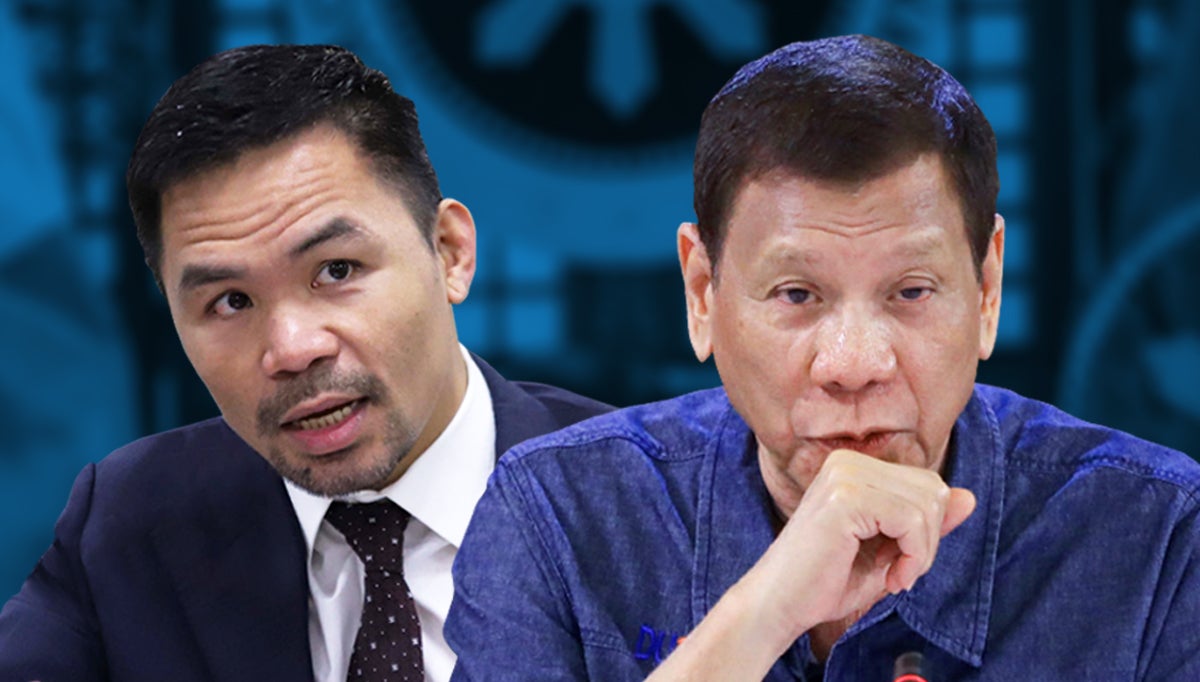 MANILA, Philippines — Senator Manny Pacquiao won the support of Bagong Alyansang Makabayan (Bayan) on Wednesday for his crusade against corruption, which it said had gotten worse under President Rodrigo Duterte’s watch.

According to Bagong Alyansang Makabayan (Bayan) secretary-general Renato Reyes, Duterte failed to solve the corruption and drug trafficking problems, which the President promised to address during his campaign period for the 2016 election.

(Pacquiao said nothing wrong.  Corruption has worsened, and it is a bigger problem than drug trafficking.)

(And honestly, both of these issues were not solved by the President.  Why would he be angry at someone speaking the truth?)

Pacquiao and Duterte have been in the spotlight lately as the once allied politicians have become increasingly antagonistic, which started with the world-famous boxer stating the government continues to be plagued by corruption.  Duterte responded to Pacquiao by daring him to name the agency.

“Pacquiao keeps on talking about how we [the current administration] is three times more corrupt [the previous administration],” Duterte said, speaking partly in Filipino, during his taped weekly Palace briefing on the COVID-19 situation.

“So I am challenging him: Point those offices that are corrupt. And let me take care of it. Within one week, I will do something,” he went on. “You have said nothing all these years, but you were all praises for me. Then now you say [we’re] corrupt. Where’s the corruption? Which offices?”

Pacquiao then tore into the Department of Health and its head, Secretary Francisco Duque III, adding that the COVID-19 pandemic purchases should be looked into.

But for Reyes, it remains to be seen whether Pacquiao’s disclosure would result in a full-blown investigation or if the President will absolve his allies.

(Now that Pacquiao has stated that he is prepared to provide information, going to lengths to name Duque, is Malacañang ready to do an investigation?  Or would this just result in allies being absolved?)

Duterte and Pacquiao were once allies in the same ruling party, PDP-Laban.  The senator’s actions raise the question as to whether a rift within the party will split Pacquiao’s support, as he is long rumored to be considering a presidential run in the 2022 election.

It is possible that other candidates may be found among Duterte’s allies, including his own daughter, the Davao City Mayor Sara Duterte-Carpio.

On Tuesday, Energy Secretary and PDP-Laban vice chairperson Alfonso Cusi told Pacquiao to leave his house before burning it down – in an apparent message urging the senator to leave PDP-Laban.

“It’s really unfortunate that the acting president of the party is accusing the chairman, who is the president of the country, of those things that Sen. Pacquiao said openly,” Cusi said in an interview on ABS-CBN News Channel.

(I don’t think you should burn down your own house. When you don’t like your house, don’t complain. Get out before you burn it down.)