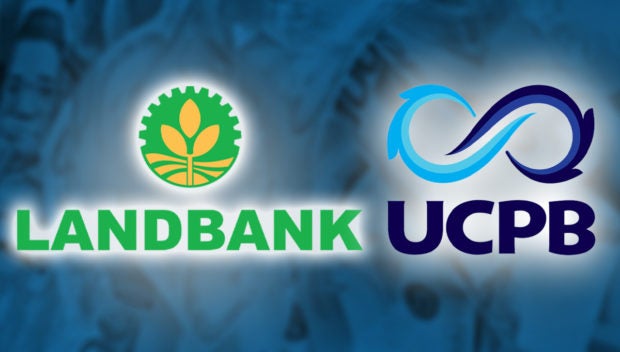 Logos of Landbank and UCPB

Duterte gave the green light on the two banks’ consolidation via Executive Order No. 142 signed on June 25. The copy of the presidential order was only made public on Tuesday, June 29.

All assets and liabilities of UCPB will be transferred to Landbank as the latter will be the surviving entity.

“It was found that such merger will significantly strengthen the capability to deliver financial services to the coconut industry and the entire agricultural sector, contribute to economic sufficiency, foster countryside development and financial inclusion, and promote stability in the country’s banking system,” the EO reads.

All government offices and agencies were directed to take necessary actions to fully implement the merger within six months.

UCPB personnel who may lose their jobs due to the merger will be given separation benefits.

“Whenever applicable, such personnel may be hired by the LBP, subject to the possession of the necessary civil service eligibility and other requirements prescribed for the position,” the EO states.