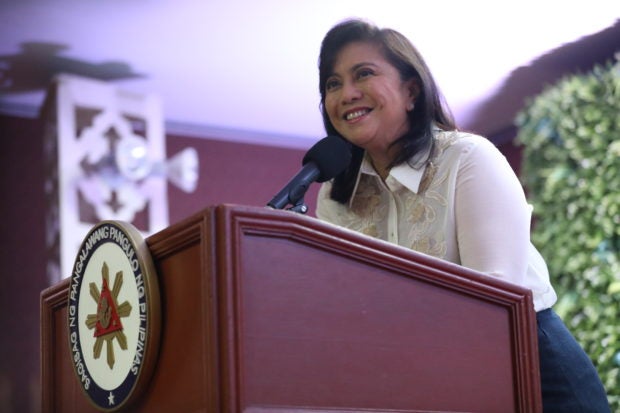 MANILA, Philippines — For the third consecutive year, the office of Vice President Leni Robredo received the highest audit rating from the Commission on Audit (COA).

The Office of the Vice President (OVP) said that state auditors gave an “unqualified opinion” on its financial report for the fiscal year 2020.

According to COA, an “unqualified opinion” rating is considered the best opinion that a government agency can receive. COA gives such a rating when a government office has fairly presented its financial position and has its financial statements in order, in accordance with the Philippine Public Sector Accounting Standards.

The OVP also received an “unqualified opinion” from state auditors for the fiscal years 2018 and 2019.

Robredo credited her staff for the consistent highest ratings they received from COA.

The Vice President also welcomed the observations and recommendations the state auditors noted in its report to improve the OVP’s financial processes.

As part of the OVP’s continuous efforts to provide quality public service, the office also received its recertification from the International Organization for Standardization (ISO) in February this year.