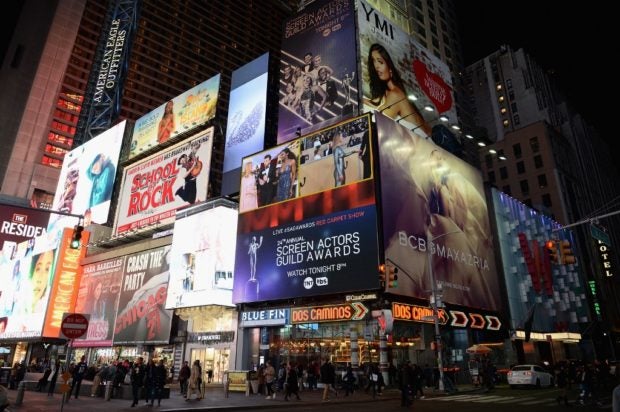 The man was struck in the back by a stray bullet as he walked with his family past the Marriott Marquis hotel on Broadway around 5:15 pm (2215 GMT), a NYPD spokesperson told AFP.

“He was the unintended target in a dispute between two males,” said the spokesperson.

The man, who local media said was visiting from upstate New York, was taken to hospital and is expected to survive, the spokesperson added.

Police are investigating and no arrests have been made, he said.

The incident comes after a shooting in Times Square in May injured a four-year-old girl and two women. The suspect was later arrested in Florida.

Sunday’s gunfire comes as Broadway begins to reopen following the pandemic-induced shutdown that closed all theaters in March 2020.

Bruce Springsteen became the first major performer since last spring to play in front of a packed house on Broadway when he took to the stage on Saturday night.

Shootings and crime in general have sharply increased in New York since the outbreak of coronavirus, with public safety taking center stage during the recent mayoral campaign.