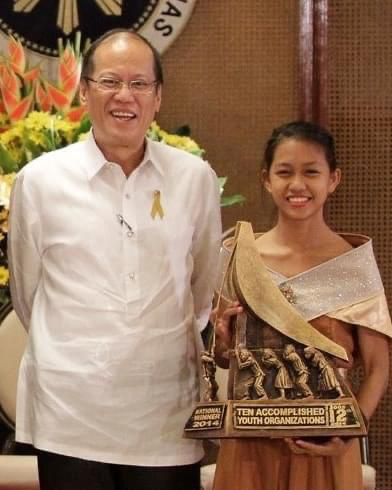 MANILA, Philippines—There was no solid vote from the so-called “Solid North” for Noynoy Aquino when he ran for president in 2010, a sign of the Ilocos region’s enduring loyalty for the late dictator Ferdinand Marcos.

But the votes did not reflect the sentiments of Ilocanos who believed in Noynoy as a leader who “advanced the interests of his people first.”

One of them is Diwa Donato, a political science graduate from Isabela province.

“Witnessing your governance was one of the things that shaped my principles at an early age,” said Donato in a Facebook post in Filipino.

“I will always carry your simple dreams for us—a nation where everyone has the capability to achieve the future you aspire for,” she said.

For years, Donato found it tough to express her admiration for the late leader even when “it was the right thing to do” as she lived in a community where relatives and friends considered themselves to be Marcos “loyalists.”

Following the ouster of Marcos in 1986 in a peaceful revolt that ended his more than 20-year reign, most Ilocanos, especially those in Ilocos Norte, remained loyal to the Marcos clan which now senator Imee Marcos said was a sign that the province continued to love his father despite historical accounts of widespread abuses and corruption during his rule.

One of the biggest signs of this loyalty were the votes that Solid North delivered for the late dictator from 1965 to 1986.

Marcos was the only candidate who consistently won solid victories in the northern provinces and this made it hard for Ilocanos who believed in Noynoy to publicly express admiration for the milestones that the second Aquino administration brought to the country.

“For one who is considered a yellow political science student in the North, there is judgement when it becomes known that the politician I admire is an Aquino,” Donato said in her FB post.

She was just 11 when Noynoy became president, but Donato, who is now 22, said she found herself admiring him for his “high standard” of governance.

“It’s really important that he became president when I was growing up,” Donato said. “It’s like he became my standard or my role model.”

But in the so-called Solid North, publicly supporting Noynoy among Ilocanos was “never easy,” said Donato.

Northern provinces—except for Batanes, Benguet, Ifugao and Mountain Province—voted for candidates other than Noynoy in 2010. Plunder convict Joseph Estrada got the highest votes in Abra, Apayao, Kalinga and La Union and provinces in the Cagayan Valley Region. Tycoon Manuel Villar took the lead in the two Ilocos provinces—Ilocos Sur and Norte.

Years later, the struggles of Aquino supporters in the northern provinces became tougher as social media was flooded with attacks, many without factual basis, against the Aquino family. Donato recalled one instance when she talked with students and teachers, who were strangers to her, to tell them that the story of the Edsa revolt was real.

The impact of the social media campaign against Noynoy and the Aquino family lasted until the 2016 elections as most northern provinces appeared to reject Mar Roxas, Noynoy’s anointed one, in the elections that year.

Despite the social media attacks, admiration for Noynoy endured among the people, even many Ilocanos who cannot make their sentiments public, though, according to Jopo Andaya, a teacher from Ilocos Sur.

“I grieve his death by reminiscing on the achievements that were lost during this present administration and how we lost them easily,” Andaya said in an interview with INQUIRER.net.

“It doesn’t matter that I am an Ilocano. Many Ilocanos, as a matter of fact, love PNoy (President Noy) although they are not open about it,” said Andaya.

He said that since his election as president, Noynoy’s achievements in economy and foreign affairs, among others, were admirable.

During Noynoy’s term, GDP growth averaged 6.2 percent every year. In 2016, in Noynoy’s last year in office, GDP was 6.9 percent, fasted among 11 Asian economies.

Noynoy’s death, Taguinod said, “is a blow to our country which is already at the brink of losing her decency, honor and democracy.”

“He never abused his power and I like his decency and simplicity. He never engaged himself in dirty politics. I support him because I am for good governance and honest public officials,” he said.

For Andaya, being an Ilocano does not oblige him to support politicians just because they are Ilocanos. The important criteria are in facts and history, he said.

Donato said beyond politics, “I believe, not just with blind faith, but with facts and record, that PNoy and his administration made our country better.”

Offering a tribute to Noynoy, she wrote on Facebook: “Much can be said but the important thing was that you were a good man. You did everything you could to make our country better in all aspects. You will be remembered as a president with dignity, respect for democracy and rule of law, and putting the interests of your people first.”