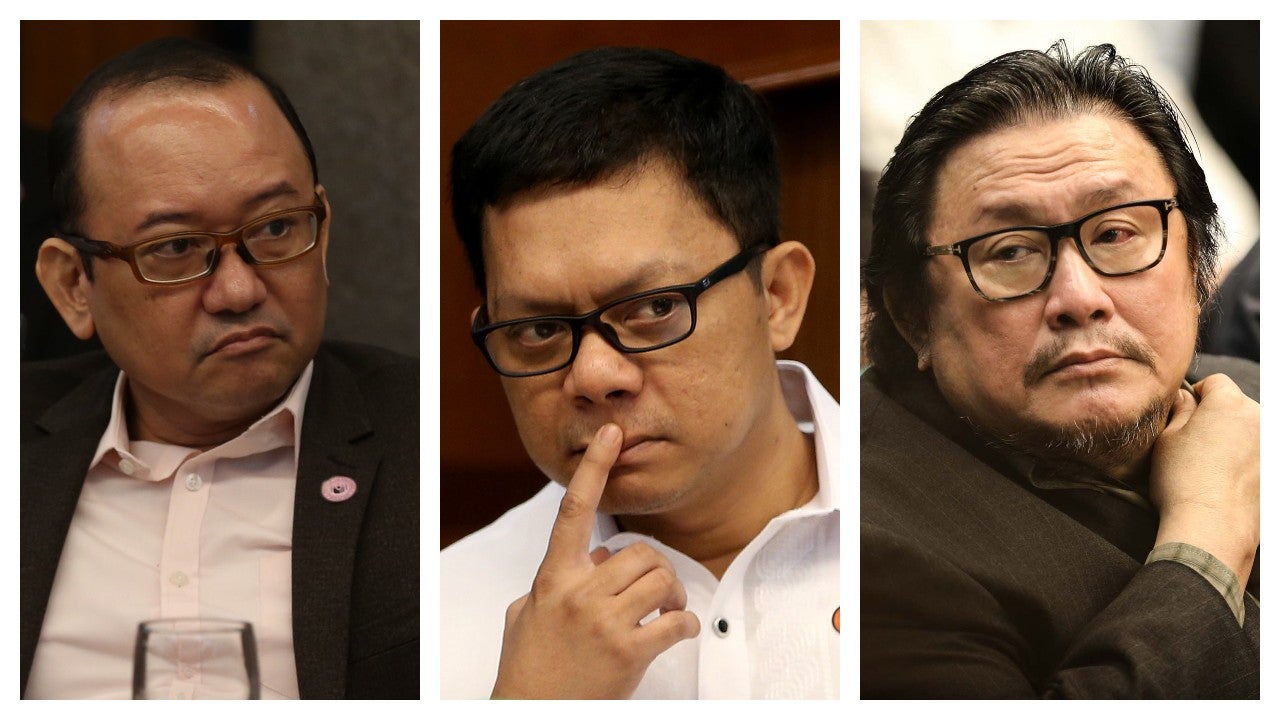 MANILA, Philippines — The Sandiganbayan on Friday convicted two former senior officials of the Bureau of Immigration and a businessman on separate charges of plunder and graft for extorting P50 million from Chinese gaming tycoon Jack Lam five years ago.

In a 122-page decision, the Sandiganbayan Sixth Division sentenced former Deputy Immigration Commissioners Al Argosino and Michael Robles to reclusion perpetua, or up to 40 years in prison, for plunder, and six years to 10 years imprisonment for graft. They were also perpetually barred from public office.

The Office of the Ombudsman, which filed the charges in the antigraft court, said the two former officials demanded the money from Lam in exchange for the release of 1,316 Chinese nationals who were allegedly in the country in violation of immigration laws. They were rounded up at the Fontana Resort at the former Clark Air Base.

It was later found that about 100 of them were minors and others were legitimate tourists who were eventually released.

The two former immigration officials admitted receiving the money from Lam through the “middleman,” Sombero.

They claimed they kept the money as evidence in a bribery case against Lam.

According to the court’s decision, it was “clear” that the Immigration officials received a total of P50 million and that “they considered said money as their own property.”

It said all the elements of plunder were present, including the total amount of ill-gotten wealth of “at least P50 million.”

“The burden of evidence then shifted to the defense. It is, thus, accused Argosino and Robles’ burden to prove that the total amount of money they received was not in fact P50 million,” the decision said.

The accused Immigration officials filed a demurrer to evidence, or a waiver of their right to present counter-evidence.

“Having waived their right to present evidence in their defense, the court’s finding that they received P50 million, based on the prosecution’s evidence stands,” it added.

On Nov. 27, 2016, Argosino and Robles were caught on camera receiving P50 million from Sombero, who is also a former police official, at the City of Dreams Manila hotel-casino in Parañaque City.

The scandal prompted a Senate investigation in March 2017 led by Sen. Richard Gordon, chair of the Senate blue ribbon committee.

Gordon said he did not see Lam being liable, but the tycoon could be answerable to the labor department for the Chinese nationals working for him without the proper documents.

According to Gordon, what was clear was that Argosino and Robles, were caught on video inside the hotel waiting for the payoff.

“They were waiting. They were following the scent of the money,” Gordon later told reporters after the hearing.

They could not explain their movements, Gordon said.

The Sandiganbayan said that while there was no direct evidence pointing that the money was given in exchange for the release of the 1,316 Chinese nationals, the court said that the prosecution

was successful in proving using circumstantial evidence that the money was given to the Argosino and Robles because of their position as immigration officials.

The former officials’ act of receiving the money was “tainted with evident bad faith,” the court said.

The prosecution likewise proved that the transaction caused “undue injury” to Lam.

Separate charges of direct bribery and violation of Presidential Decree No. 46, which prohibits public officials and employees from receiving gifts from private persons, were dismissed as the offense was included in the plunder charge.

The court acknowledged that Argosino, Robles and Sombero had voluntarily surrendered to the court.

Gordon said that the conviction was “a victory for the people and the entire justice system and proves that corruption can be beaten and defeated.”