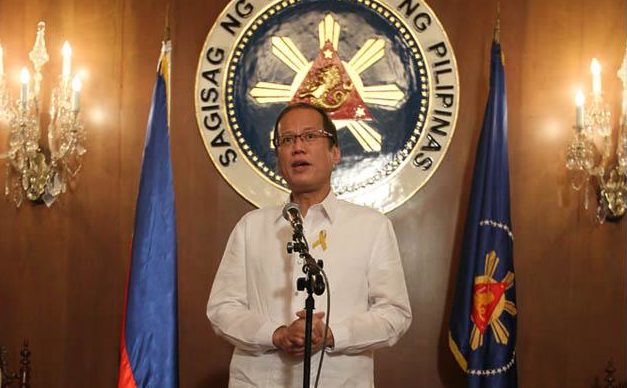 FILE PHOTO: President Benigno S. Aquino III speaks during a briefing with members of the Malacañang Press Corps inside the Aguinaldo State Dining Room of the Malacañan Palace on March 6, 2012. Photo by Ryan Lim

MANILA, Philippines — Former Chief Justice Maria Lourdes Sereno lamented the death of former President Benigno Aquino III on Thursday and described the man who named her as the youngest Philippine Chief Justice as a good man and a responsible leader.

“To the President who asked me to do the right thing and nothing more, I thank you. Generations will thank you for the high regard you held for professionals in government, for asking them to do only the right thing,” read part of Sereno’s statement.

Retired Supreme Court Associate Justice Conchita Carpio-Morales, whom Aquino personally chose to administer his oath of presidential office in 2010, also grieved the death of the leader.

Carpio-Morales, who was later called out of retirement and was appointed as Ombudsman, said “it was a great honor to have served as Ombudsman when he was our President and honesty, integrity and the rule of law guided our government.”

“I knew him to be a kind man, driven by his passion to serve our people, diligent in his duties, and with an avid and consuming curiosity about new knowledge and the world in general. I have learned a lot from him. I saw him carry his title with dignity and integrity,” said Leonen whom Aquino named in 2010 as the government’s chief negotiator with the Moro Islamic Liberation Front before he was appointed to the Supreme Court in 2012. INQ