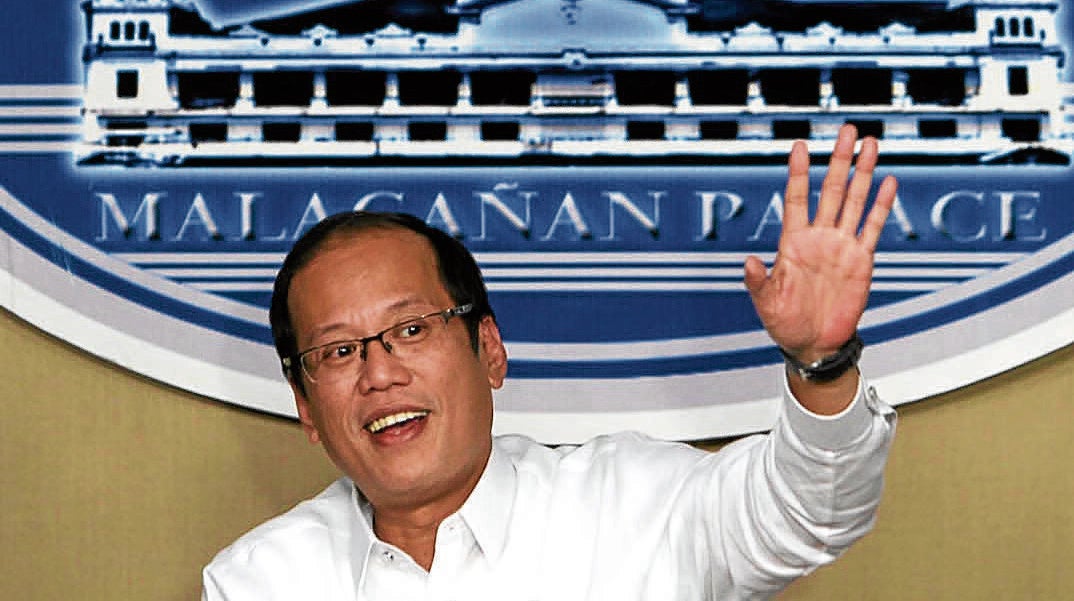 ROAD TO MALACAÑANG Benigno “Noynoy” Aquino III started his political career as representative of the second congressional district of Tarlac, where he served for three terms. He left provincial politics for a term in the Senate before being elected as the country’s 15th President. —INQUIRER FILE PHOTO

TARLAC CITY — A wave of grief swept through the hometown of the Aquino clan in Concepcion, Tarlac, as residents woke up to the news of the death of former President Benigno “Noynoy” Aquino III on Thursday.

The Philippine flag was flown at half-staff at Concepcion’s municipal hall and at the provincial capitol in this city to honor the “son of Tarlac.” Other local governments around the country did the same as they mourn the former president’s passing.

Yellow ribbons with black laces would be hung around the Concepcion town hall and plaza in honor of Aquino as residents await the arrival of his remains, Mayor Andres Lacson told the Inquirer.

Yellow has become the symbol of the nonviolent People Power uprising that ousted strongman Ferdinand Marcos from power in 1986 and has since been associated with the Aquino family.

“We will bestow on him the honors that he rightfully deserves as our former president and as our town mate. His death is such a great loss for all of us,” Lacson said.

Aquino started his political career when he served as representative of the second congressional district of Tarlac for three terms, from 1998 to 2007. He ran and won as senator in 2007 and was elected the country’s 15th president in May 2010.

A fourth-generation politician from the Cojuangco and Aquino clans, he served Tarlac just like his father, the late Sen. Benigno “Ninoy” Aquino Jr., whose assassination on Aug. 21, 1983, became the spark that led to the peaceful revolution in February 1986 that ousted Marcos and swept into power Corazon “Cory” Aquino, Ninoy’s wife and the late president’s mother.

Xiao Chua, a Tarlac-born historian, said Aquino was a reluctant president but he responded to the call of the people and the needs of the time.

“He seriously took his role and gave the dignity to the position of presidency by speaking well in the language that Filipinos understood,” Chua said.

He might have been a reluctant president but in Cabinet meetings, Aquino was known to interrogate secretaries for every statistic and every centavo in projects, Chua said, an account affirmed by lawyer Asis Perez, former director of the Bureau of Fisheries and Aquatic Resources.

Perez recalled that each time they presented a proposed budget or a funding request, Aquino always had a calculator on hand “to make sure that the money was well spent.”

Albay Rep. Edcel Lagman remembered Aquino as the president who made things happen, and for supporting laws on reproductive health and human rights.

Bohol Vice Gov. Rene Relampagos said Bohol owed much of its rebuilding success to Aquino and his administration after a 7.2-magnitude earthquake brought the province to its knees in 2013.

“He saw firsthand the damage and suffering that we endured and the Aquino administration labored intensely toward getting Bohol back on its feet. Many years have passed and Bohol is relishing the vast development that we have collaborated and worked hard for,” Relampagos said.

“Negros Island will remember the opportunity he gave us to be one region,” said Negros Occidental Gov. Eugenio Jose Lacson.

Zamboanga City Mayor Maria Isabelle Climaco-Salazar also credited Aquino for the allocation of P3.7 billion under the Zamboanga City Roadmap to Recovery and Reconstruction project to rehabilitate areas affected by the 2013 siege in the city.

Aquino is remembered among Moro leaders and former Moro fighters as the president who signed the peace agreement that ended years of the Moro separatist war in Mindanao.

“There is no doubt in our mind that the peace process had a significant breakthrough during his term. His administration showed its commitment to working with the Bangsamoro people and facilitated a peace process that helped ease the weight of armed conflict and displacement on the Bagsamoro’s shoulders,” said Zia Alonto Adiong, deputy speaker of the interim Bangsamoro parliament. —REPORTS FROM MARIA ADELAIDA CALAYAG, JUN A. MALIG, MAR ARGUELLES, MICHAEL JAUCIAN, DELFIN T. MALLARI JR., NESTOR P. BURGOS JR., JOEY GABIETA, LEO UDTOHAN, CARLA GOMEZ, NESTLE SEMILLA, JULIE ALIPALA, BONG SARMIENTO AND RYAN ROSAURO INQ