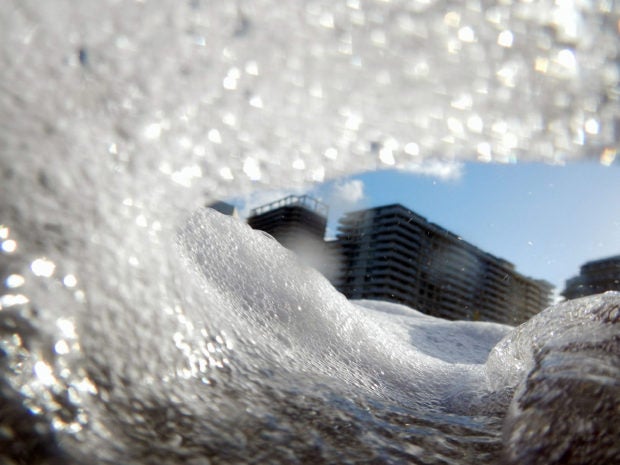 Buildings through an underwater camera in the ocean as reports indicate that Miami-Dade County in the future could be one of the most susceptible places when it comes to rising water levels due to global warming on March 14, 2012 in Surfside, Florida. AFP FILE PHOTO

Online videos showed a large portion of the 12-story building in the town of Surfside — just north of Miami Beach — reduced to rubble, with the apartments’ interiors exposed.

It was unclear how many people lived in the building or who had been inside at the time, but local news station NBC 6 South Florida reported that firefighters pulled one boy from the rubble alive.

Emergency services sent dozens of response units to the scene, near to the local beach.

Miami Beach Police Department said its officers were “assisting the Town of Surfside at a partial building collapse.”

“Multiple police and fire agencies from across Miami-Dade are assisting,” the force added.

Miami-Dade Fire Rescue said: “Over 80 MDFR units… are on scene with assistance from municipal fire departments.”

Local media said records showed the building was built in 1981 and had more than 130 units inside.