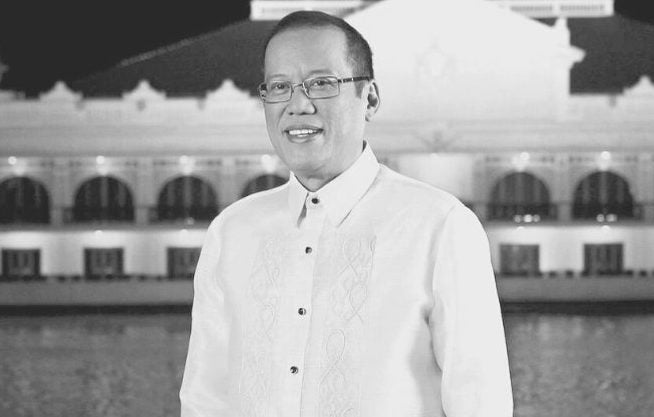 The former president passed on Thursday after he was rushed to the Capital Medical Center in Quezon City.

Filipinos expressed through social media their sentiments for the late former president.

An art tribute to 15th President of Republic of the Philippines. RIP Pnoy. pic.twitter.com/830iylITIn

Okay. Firstly, RIP PNoy, the last president we could be proud of. He was not the best and had many flaws but at least he was not an international embarassment compared to this administration. He achieved many things and this admin is just there for the ribbon cutting. #RIPPnoy 🎗 https://t.co/mdaKFBfWt2

Even if you are Pro or anti,please show some respect, laughing for someone's death, specially to those who served our country,still, isn't just right.I bet you don't want to experience people laughing at ur loved ones right?#RipPNoy
Rip PNoy pic.twitter.com/Vfsa9zhEvT

Your administration has its shortcomings but the constant growth our economy had on your time was no joke. From sick man of Asia, to tiger economy. I will never forget those days that we had an actual yearly state of the nation address. RIP PNoy pic.twitter.com/FI3n7ck3wo

It is the day when he could finally talk to Cory and Ninoy again. And I bet, his mom and dad, icons of democracy, would be so proud of his honest leadership. They would hug it out the first few seconds and wish better presidents for the Philippines in the next moments. RIP PNOY pic.twitter.com/IChYtfC2UG

Country mourns for the death of Ex-President Pnoy Aquino, this is the time when we pray for the soul of our departed Former President,no matter your political views and colors we should set aside our political thoughts and opinion.

Aquino served as the 15th president of the Philippines from 2010 to 2016. Troy Jacob Quinan Inquirer trainee