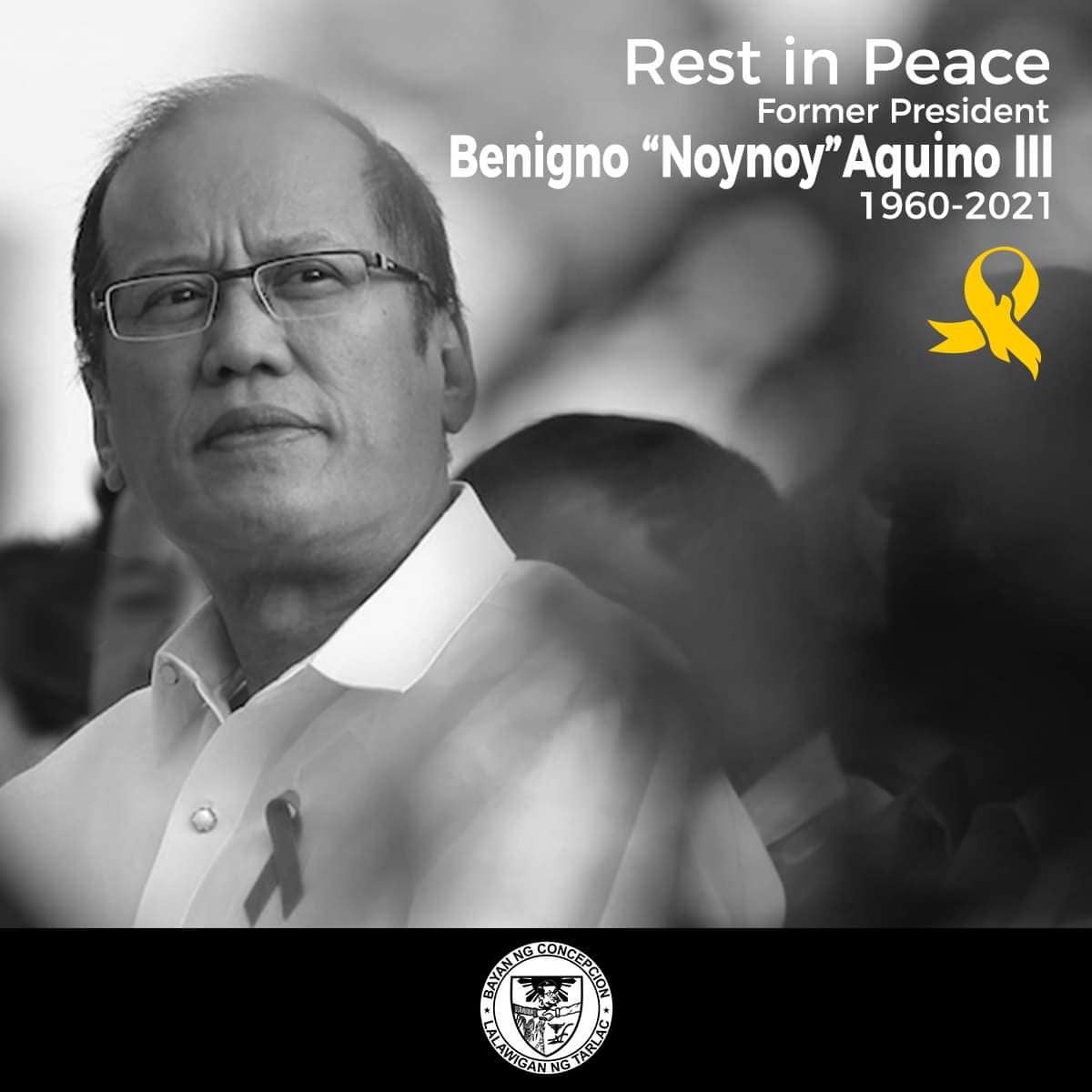 MABALACAT CITY, Pampanga—The hometown of the family of former President Benigno “Noynoy” Aquino III on Thursday paid tribute to the “Son of Tarlac” upon his death.

The Philippine flag was flown at half-staff in Concepcion town to honor the late president.

In Capas town, the municipal information office said that while Mayor Reynaldo Catacutan was busy attending to the area in Barangay Patling where the Philippine Air Force Black Hawk helicopter had crashed, he also expressed his sadness over Aquino’s death and his unity with the latter’s family.

The information office told the Inquirer at noon that the Philippine flag at the municipal hall ground will be flown at half-staff.

The provincial government of Tarlac posted a photo of the former president inscribed with “Rest in Peace former President Benigno Simeon ‘Noynoy’ Cojuangco Aquino III” in its Facebook account around noon Thursday.