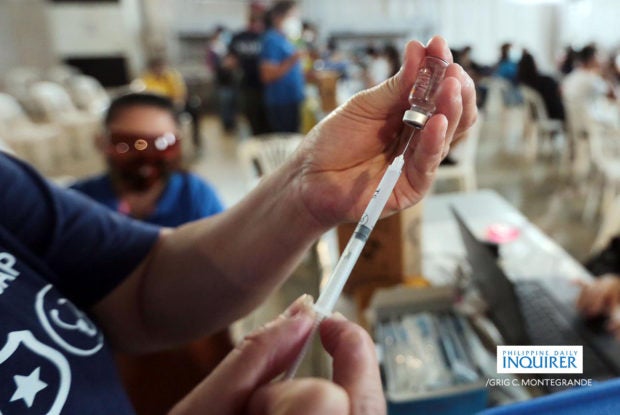 The president’s spokesperson Harry Roque says vaccine availability has improved since the WHO set up COVAX to distribute US-made Pfizer and AstraZeneca shots and Sinovac and Sputnik V shots from Russia.  -INQUIRER/GRIG C. MONTEGRANDE

MANILA, Philippines – The Philippines would not become one of the last in Asia to acquire herd immunity against COVID-19, Malacañang said on Wednesday.

Presidential spokesperson Harry Roque was reacting to United Kingdom-based think tank Pantheon Macroeconomics findings that claim the Philippines might be among the last to attain herd immunity as its mass vaccination has lagged behind its neighbors’ vaccination campaigns.

The think tank said 85% of the population must be immunized to achieve herd immunity, with the recent emergence of the Delta variant in India.

READ: PH will be among last in Asia to achieve herd immunity – UK think tank

Roque said the think tank’s projection may be based on the pace of the country’s vaccination when vaccine supplies were few and only Sinovac and AstraZeneca vaccines were available.

“We will prove them wrong,” Roque said in a press briefing.

“Ang basehan ng think tank must have been our pace of vaccination early on na talagang Sinovac ang meron tayo at kakaunti ang AstraZeneca,” he added.

(Their basis must have been our limited choice of vaccines to start within the early months, Sinovac and AstraZeneca.)

Roque said vaccine availability has since improved thanks to the World Health Organization-led COVAX facility of US-made Pfizer and AstraZeneca vaccines, and the arrival of procured Sinovac and Russia’s Sputnik V shots.

The Philippines has already received over 14 million doses of COVID-19 vaccines, eight million of which have already been administered. Currently, over two million people have received both doses of the vaccine.

Roque said the Philippines could achieve herd containment by vaccinating 50% of the population by December.

“It’s really achievable this December, we’re still aiming na at least we go outdoors, it could be a maskless Christmas,” he said.