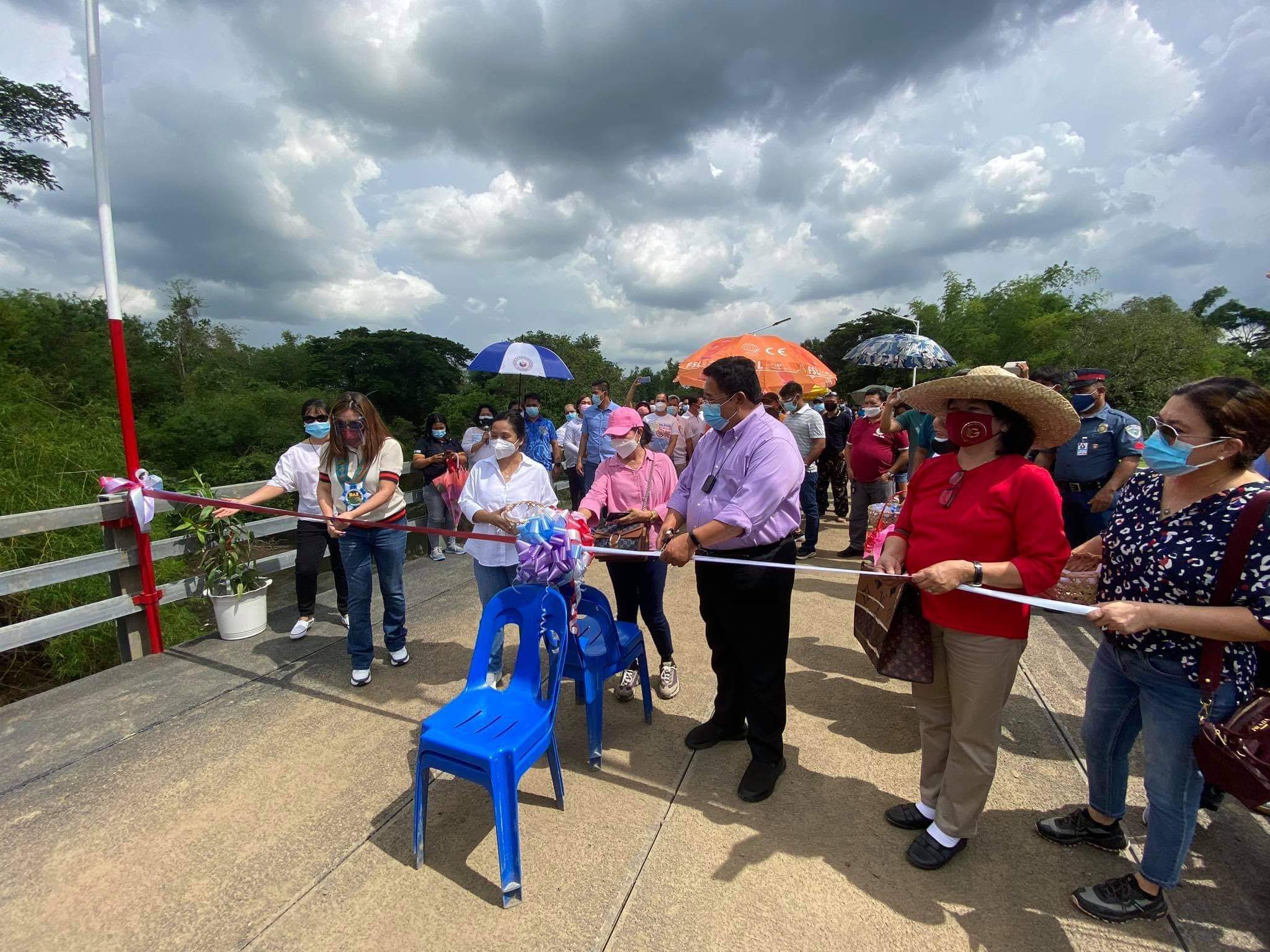 The Diwalaan Bridge, located at the boundaries of the villages of Las Piñas and Sinasajan, spans 17.20 linear meters.

Castriciones said the bridges were constructed in collaboration with the Department of Agrarian Reform, the Department of Public Works and Highways, and the local government under the “Tulay ng Pangulo Program.”

The completed projects have a combined cost of P14.11 million that was financed through foreign-assisted projects, he said.

“While the pandemic forces us to keep distance from each other, these bridges bring us closer,” Castriciones said during the occasion. INQ

Read Next
Thai police fire warning as Bangkok braces for return of pro-democracy rallies
EDITORS' PICK
SMDC’s Bloom Residences: A master planned community that cares for your health and wellness
COVID-19 cases in PH pass 3.2 million mark with 37,154 new cases — DOH
Over 3 Million worth of prizes to be won at Smart Padala’s SENDali Manalo Promo!
Upsilon, Unilever give ‘real talk’ on climate change crisis
What to expect as Metro Manila starts ‘no vaccination, no ride’ policy on Monday
Metro Manila’s daily COVID-19 growth rate drops to 2% — Octa Research
MOST READ
Thailand records first Omicron death
‘Not my loss’: Did Kris Aquino just comment on her breakup with Mel Sarmiento?
Prince Harry sues for UK police protection
Ivana Alawi tests positive for COVID-19, urges public to comply with health protocols: ‘No one’s above the law’
Don't miss out on the latest news and information.