More Filipinos say they trust ‘most news most of the time’ 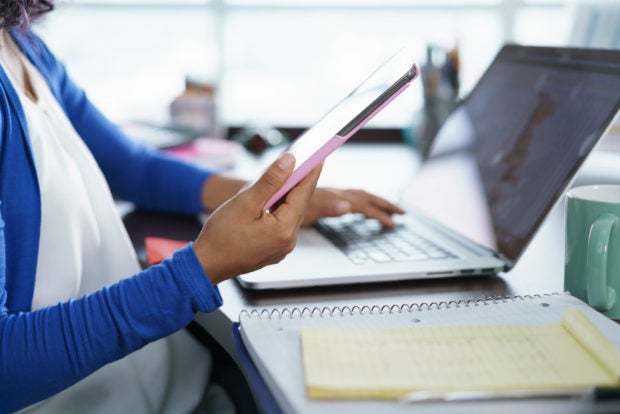 MANILA, Philippines — Filipinos were more trustful of most news reports from media outlets during the COVID-19 pandemic but became less interested in the news in general, an annual global study on news consumption trends found, again highlighting the media industry’s challenges in battling disinformation and fake news.

The findings, contained in the 10th edition of the Digital News Report (DNR) by the Reuters Institute for the Study of Journalism, were based on a survey of 2,209 Filipino internet users age 18 and above and conducted from late January to early February this year. They formed part of the 92,000 people from 46 media markets polled by the international market research agency YouGov Plc for the report.

The study found that the proportion of Filipinos who say they trust “most news most of the time” rose to 32 percent, or 5 percentage points higher than last year’s 27 percent.

As expected, online news consumption also grew from 85 percent to 87 percent this year, according to the study.

But trust in news from social media sites fell from 22 percent to 20 percent.

Interestingly, mainstream news brands and journalists “still attract most attention around news in Facebook, Twitter, YouTube and Snapchat although they are still no match for celebrities in Instagram and influencers in TikTok,” noted University of the Philippines (UP) journalism professor Yvonne Chua, who also authored the country’s profile for DNR.

Still, the Philippines’ trust rating is well below this year’s global average of 44 percent, placing the country at 38th place out of the 46 media markets polled in terms of overall trust in the news.

Trust in media brands also remained relatively stable, according to the gathered data.

Overall, the dominant GMA Network leads the pack with a trust score of 74. “Beleaguered” media companies ABS-CBN got 57 and Rappler scored 45, Chua said, both shedding four points after a year of threats and eventual closure, in case of the TV network, and continued legal battles in the case of Rappler and its CEO Maria Ressa, Chua said.

With a 66-percent trust rating, the Inquirer ranked fifth among the 15 media brands included in the survey, losing 1 point from its 2020 score.

The study also sought to capture what the public expects from local news organizations.

For example, more than half of Filipinos believe that the mainstream media have been representing their age, gender, socioeconomic class, ethnicity and community fairly.

However, only 45 percent believe their views were covered fairly, Chua said. Two out of three Filipinos also prefer news outlets that stay neutral on issues, while three out of four believe outlets should give “equal time to all sides.”

Similar media studies over the past year noted that the Covid-19 pandemic expectedly drew more people toward legitimate news outlets for up-to-date information.

But based on this year’s data, Filipinos actually showed less interest in the news, Chua said, noting that the country even defied the global trend of a surge in TV viewing during the rolling lockdowns.

The Inquirer ranked third — after GMA and ABS-CBN — in terms of weekly reach for both legacy and online formats, but it slid from 35 to 31 points possibly due in part to the industry-wide decline in print consumption amid mobility restrictions and revenue losses, Chua noted.

In general, the Philippine findings reflected the global concerns about misinformation, with 59 percent of the Filipinos surveyed expressing concern “about what is true or false on the internet when it comes to news,” Chua said.

Half of the Filipino respondents believe that Facebook is still the biggest platform for misinformation.

However, 34 percent also see the government and politicians as sources of misinformation on Covid-19. This finding was remarkably similar to an earlier survey by the International Consortium for Journalists, which found that state officials were the second top source of dis/misinformation next to ordinary citizens on Facebook.