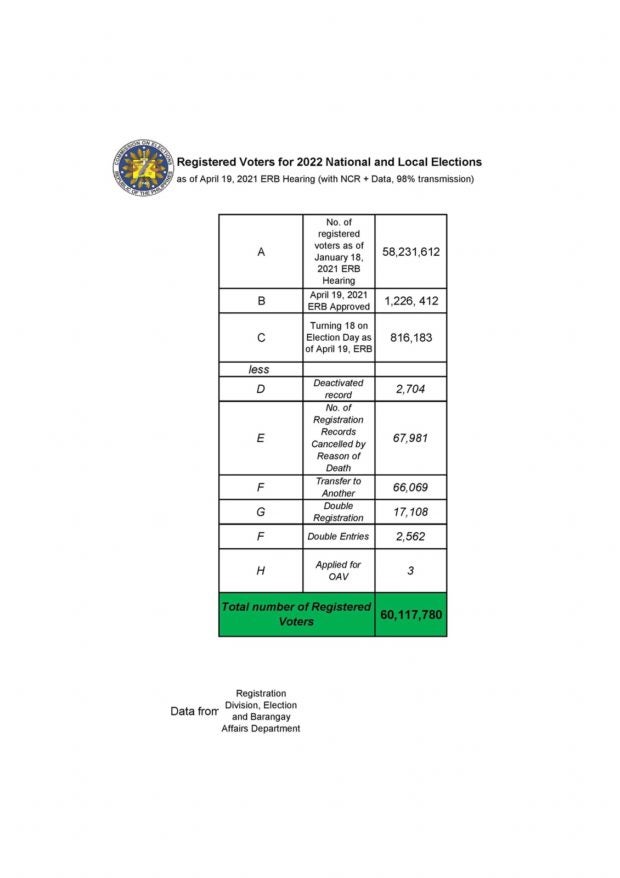 MANILA, Philippines — More than 150,000 voters were purged from the registration list for several reasons, the Commission on Election (Comelec) announced on Tuesday, exactly 100 days before the deadline on voter registration.

A Comelec data shared with reporters showed 156,427 voters were removed from the voter list after the Election Registration Board (ERB) hearing on April 19, 2021.

In most cases, 67,981 voters registered but then died, according to the data from the poll body.

According to the Comelec, 66,069 voters were removed from the rolls after their records were transferred to another city or municipality, and 17,108 voters who had double entries were also removed.

Also, 2,704 voter records were deactivated, while three voters who applied for overseas absentee voting were removed.

According to Comelec, the number of registered voters currently stands at 60,117,780.

According to the poll body, they already met their goal of getting new registrants.

Voter registration for Comelec will remain open until September 30, 2021.