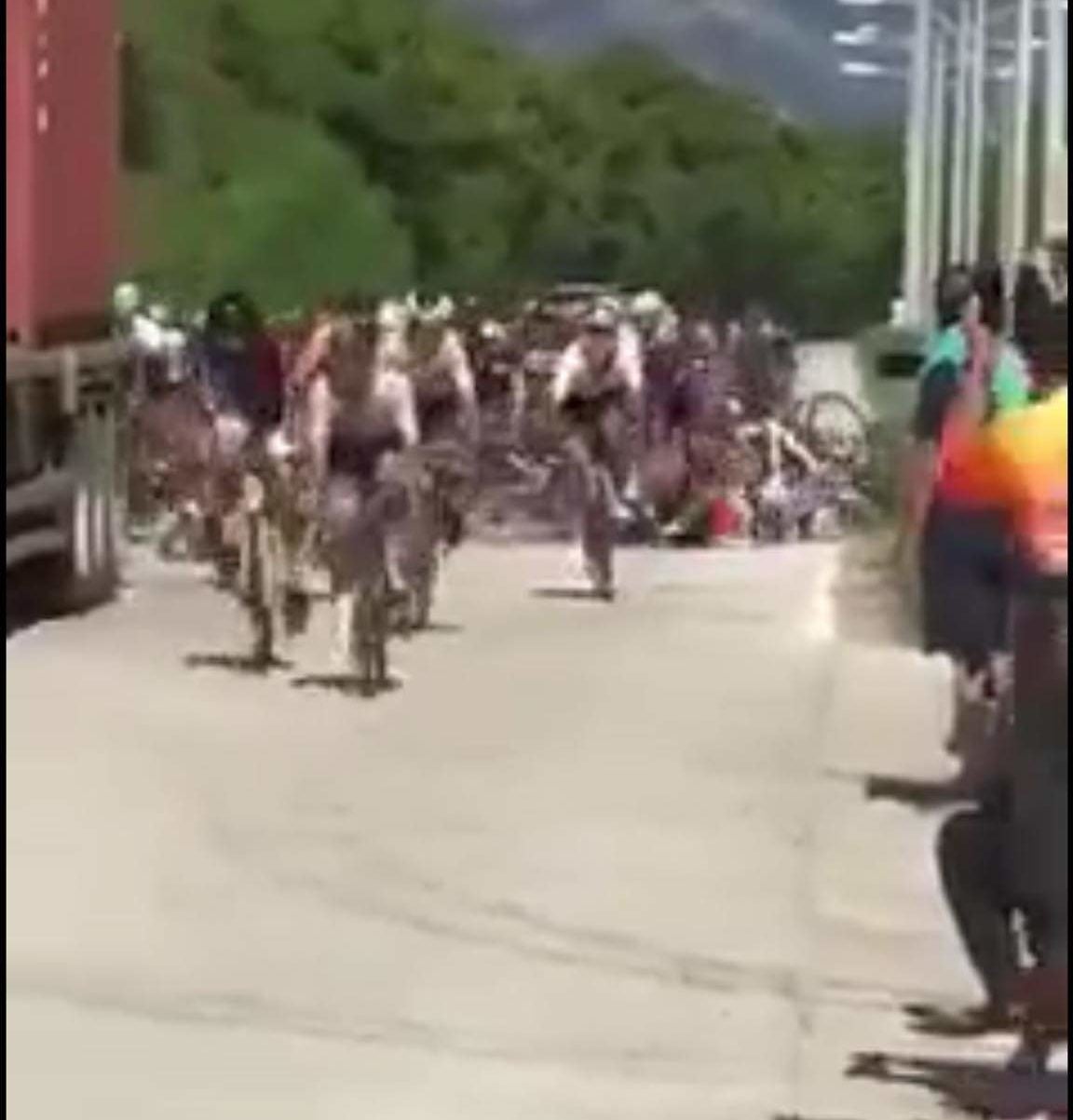 In this screengrab from a video via Facebook, some cyclists are seen losing their balance and hitting the pavement after one of them tripped while participating during a recent race inside the Subic Bay Freeport that was not sanctioned by the authorities.

SUBIC BAY FREEPORT––The Subic Bay Metropolitan Authority (SBMA) on Tuesday, June 22, called on the public to refrain from organizing bicycle races inside the free port that are not sanctioned by the agency.

Wilma Eisma, SBMA chair and administrator, made the appeal days after a cycling race here led to an accident that left some bikers injured and hospitalized.

An undetermined number of participants of the cycling event organized by a teacher were thrown off balance when one of them tripped and fell to the ground while attempting to overtake a truck near the New Container Terminal.

The accident was caught on video and had gone viral on social media.

“This kind of cycling event must be stopped, especially because the SBMA does not sanction it,” Eisma said in a radio interview.

Eisma said they were investigating the event and assured that the organizers would face sanctions.

She said the organizer and participants of the race did not only hold an illegal race but also violated health protocols.

“As much as we encourage exercise and other physical activities among stakeholders of the Subic Bay Freeport Zone and take pride that Subic has become a popular destination for biking, we cannot allow activities that may endanger the life and limb of the public while they are inside the jurisdiction of SBMA, ” Eisma said in an earlier statement. INQ