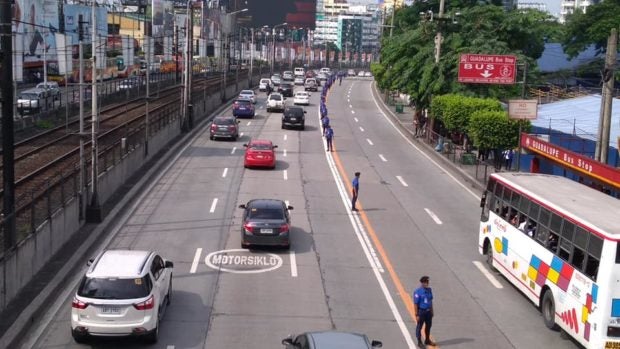 MANILA, Philippines — The Metropolitan Manila Development Authority (MMDA) on Tuesday said that the number coding scheme in Metro Manila is still suspended, as the traffic in the metropolis remains “manageable.”

According to MMDA chairman Benhur Abalos, the limited transportation system being enforced by the Department of Transportation and the Inter-Agency Task Force for the Management of Emerging Infectious Diseases (IATF) in Metro Manila requires a one-seat apart arrangement in vehicles.

(We know that the IATF requires one seat apart in vehicles. Once we implement the number coding, people might disregard this rule.)

Abalos then gave assurance that the MMDA is actively looking for ways to help ease traffic especially during rush hours.

He further said the MMDA has recorded an improvement in the average speed of cars in Metro Manila.

Currently, cars average a speed of 24 kilometers per hour which is higher than the average speed of 11 kilometers before the pandemic.

The MMDA first suspended the number coding scheme in 2020 “until further notice” due to the “limited operations of public transportation in Metro Manila.”