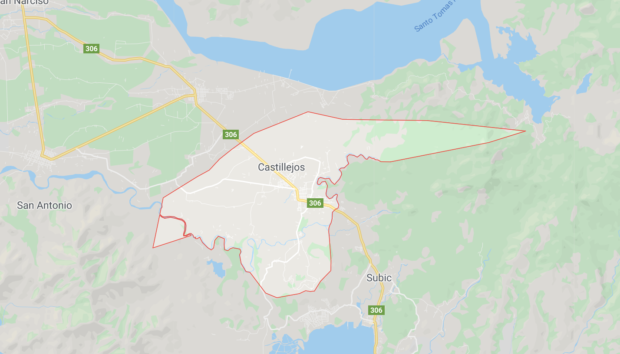 SAN ANTONIO, Zambales—A drug suspect was arrested in a buy-bust operation in Castillejos town on Monday, June 21.
The suspect was identified as Eric Uson, 39, who is on the list of “high-value individuals” in the province.
According to the police, Uson sold one sachet of suspected “shabu” (crystal meth) to an undercover agent.
Police also seized 18 more sachets of suspected shabu from his possession.
In San Antonio town, police arrested last week a certain Jhonny Santos, 36, who was also tagged as a “high-value individual” in the province.
Confiscated from Santos were seven sachets of suspected shabu weighing 0.9 grams with an estimated value of P7,000, drug paraphernalia and loaded guns.
Both suspects will face charges for violating the Comprehensive Dangerous Drugs Act of 2002 while Santos will also face another case for illegal possession of firearms.
ADVERTISEMENT
FEATURED STORIES
NEWSINFO
Duterte claims he kicked an undersecretary in the face due to corruption
NEWSINFO
19th Congress to replace ‘Bayanihan’ laws with ‘BBM’ stimulus bill, defer barangay polls
NEWSINFO
Comelec task force endorses report of fishy bank withdrawals to AMLC