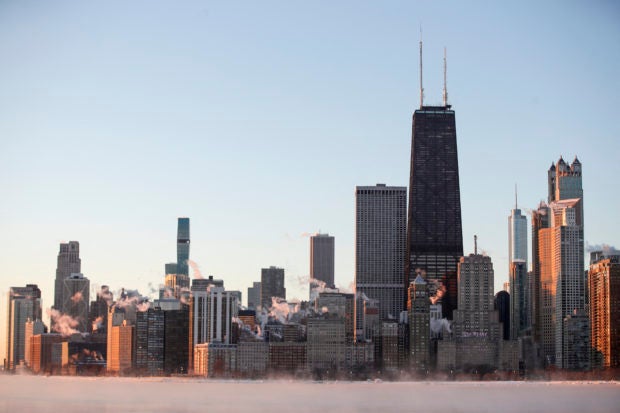 Severe thunderstorms tore through the Chicago area on Sunday night after the National Weather Service said a “confirmed large and extremely dangerous tornado” had touched down near a western suburb, causing damage.

Chicago-area utility Commonwealth Edison’s (ComEd) website showed that more than 26,000 customers were without power as the thunderstorms swept through the region, near Lake Michigan in the north of the U.S. state of Illinois.

The tornado touched down near Route 53/75th Street in Woodridge, DuPage County, around 11 p.m. ET on Sunday. About a dozen homes were damaged, and four people were rushed to area hospitals with minor injuries, CBS Chicago reported.

A CBS Chicago reporter tweeted that six people were injured in total and some residents were evacuated to nearby shelters.

“The severe threat has diminished/ended for most of the Chicago metro area. Severe T-storm Watch remains in effect for a bit longer for Will, Kankakee, Ford, Iroquois, and northwest Indiana counties,” NWS Chicago said on Twitter.