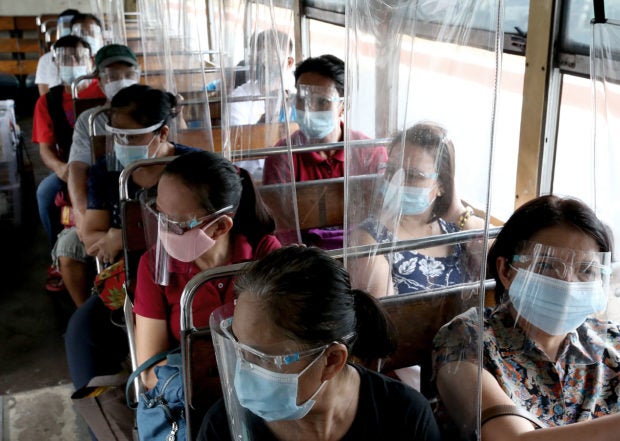 Commuters with face masks and face shields in a public utility bus in Quezon City. —RICHARD A. REYES / INQUIRER

MANILA, Philippines — President Rodrigo Duterte is expected to issue a memorandum on the use of face shields within the week, Cabinet Secretary Karlo Nograles said Monday.

The memorandum, which will either come from President Duterte himself or his office, is meant to clear up the confusion on face shield use, since several government officials have issued contradicting statements on the matter.

“The President is supposed to issue a memorandum. Maybe perhaps this week baka lumabas na ‘yan (memorandum). When that memo comes out then we can’t really say anything pero just to say that a memo is forthcoming para maliwanag,” Nograles said in an interview over ABS CBN News Channel. 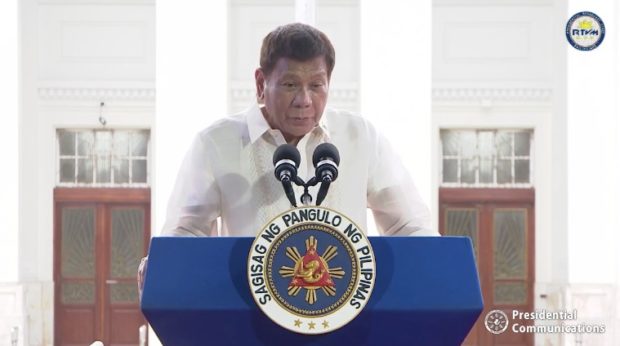 The confusion on the face shield use started after Health Undersecretary Leopoldo Vega said the said personal protective equipment is no longer required outdoors since the risk of COVID-19 transmission is very low in open air.

Senate President Vicente Sotto III also announced that President Duterte has agreed to make the use of face shields mandatory only in hospitals.

Meanwhile, the government’s pandemic task force has recommended to the President a list of enclosed spaces where face shields should be worn since some health experts have said that face shields can be taken off outdoors already.

“It now boils down to indoors so we listed places indoor na aming appeal or recommendation to the President,” Nograles said.

Until the memorandum is issued, the status quo on face shield use will remain, meaning it has to be worn in all public places, even outdoors, Nograles said.